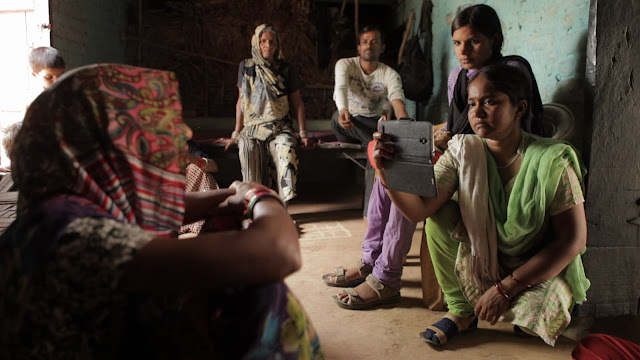 The film, “Writing With Fire” was a tough but necessary film to watch. It is a documentary that follows the news media company in India that is composed of all women. Keep in mind the patriarchal society that is prevalent over there, not to mention the corruption and lawlessness, and you have a recipe for a film that is engaging while hard to watch at the same time.


Having said that, the film is also inspiring. To watch these women go against the odds - with their lives at risk any time they pursue a story, really hits home for anyone that does media work.


And the stories that they cover are just incredibly difficult to hear about. I don’t know how some of their subjects live in such circumstances.


Khabar Lahariya is the news outlet and they go from print to digital during the course of the film. You can follow their stories on their YouTube channel which has exploded in recent years.


They are making actual change one story at a time and more power to them.