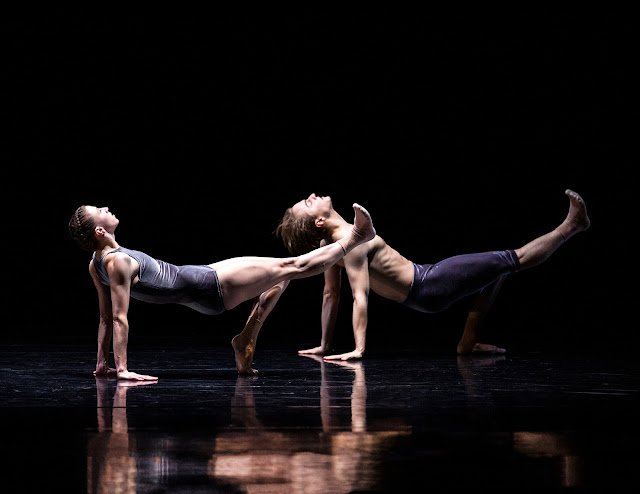 Pacific Northwest Ballet soloist Elle Macy and principal dancer Dylan Wald in the world premiere of Alejandro Cerrudo’s Future Memory, which PNB is presenting as part of a triple-bill with a new work by Donald Byrd, and an encore performance of Alexei Ratmansky’s Pictures at an Exhibition, April 1 – 5, as part of PNB’s all-digital 2020/21 season. Photo © Angela Sterling Photo.

The Pacific Northwest Ballet recently released Rep 4 in their Dance Happens Everywhere 2020/2021 digital season. Consisting of two world premieres as well as an encore presentation, Rep 4 was a mixed bill.


Starting with And the sky is not cloudy all day with choreography by Spectrum Dance Theater artistic director Donald Byrd, the performance was set in the old west. The colorful lighting design and costumes immediately popped off the screen. The concept was creative but somehow odd at the same time. As the performance continued, I wasn’t sure what to make of it. I had just interviewed a Lakota Native American actor/artist this weekend so the cowboys and Indians theme seemed off the mark based on the discussion we had just had.


Perhaps the juxtaposition of the old west meets ballet and the contradictions therein was a part of the point Mr. Byrd was trying to get across to the audience. For me, I liked the tone and the look of the piece but overall it came up short. 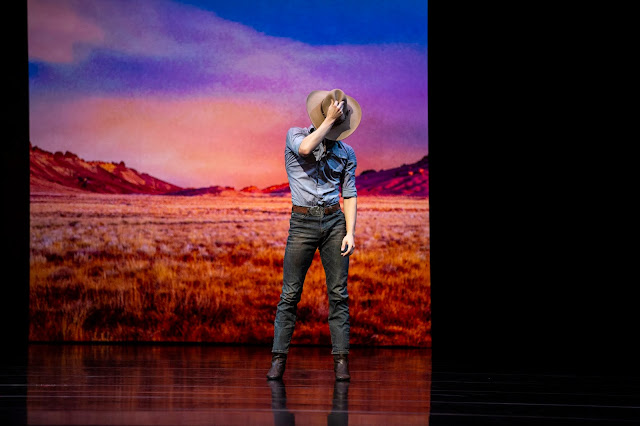 Pacific Northwest Ballet principal dancer Dylan Wald in the world premiere of Donald Byrd’s And the sky is not cloudy all day, which PNB is presenting as part of a triple-bill with a new work by Alejandro Cerrudo, and an encore performance of Alexei Ratmansky’s Pictures at an Exhibition, April 1 – 5, as part of PNB’s all-digital 2020/21 season. Photo © Angela Sterling Photo.
Next up was Future Memory from resident choreographer Alejandro Cerrudo. A stark contrast to the first piece, the ebb and flow of the performance was strikingly emotive and rich throughout. This piece would have greatly benefited from being seen in person on the McCaw Hall stage. The moodiness coupled with a live audience in attendance would have added to the emotional weight that the piece carried. I enjoyed this work.


And to round things out an encore performance from 2017 - Pictures at an Exhibition with choreography from Alexei Ratmansky. I enjoyed seeing this archival performance as it was recorded before I started reviewing the PNB. I recognized many of the dancers which in some ways brought back those feelings of going to McCaw Hall pre pandemic. Opening night, driving down to Seattle, meeting my friends, and just the event of it all. As a part of Rep 4 it fit as all three pieces were very different from each other - sort of the purpose of a mixed bill.


Rep 4 is available to purchase through Monday April 5th.