Under The Open Sky 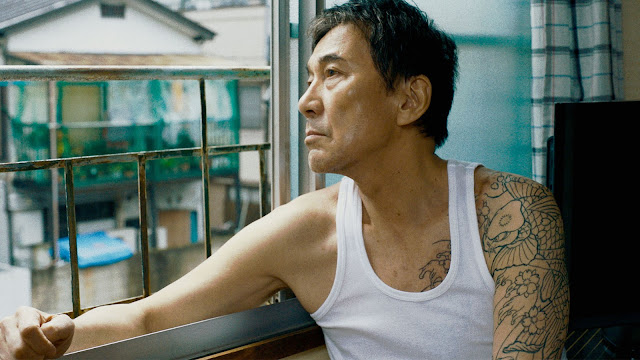 The film “Under The Open Sky” tells the story of a former yakuza who is recently released from prison after doing a thirteen year stint. He finds life tough to adjust to and some of his old habits definitely die hard.


The film rises and falls on the shoulders of Isao Hashizume and he delivers a stellar performance. At one point I actually forgot I was watching a fictional film and thought I had ventured into the documentary arena.


His performance is incredibly nuanced and easily believable.


The pacing of the film is on the slow side and it does drag out at times but again the performance of Isao Hashizume keeps things together brilliantly.