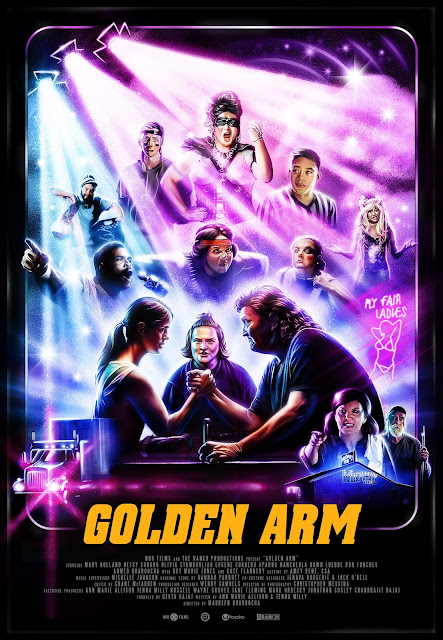 I love a good comedy and I don’t get too many sent my way to review in advance. But, my luck changed recently and the film, “Golden Arm” was available for review.


The film centers around a to-be divorced woman Melanie (played by Mary Holland) who runs a bakery that isn’t doing so well. Her old college friend Danny (played by Betsy Sodaro) shows up to convince her to leave her troubles behind and to try arm wrestling for money (as she used to be good in college). The film is lighthearted and absolutely funny. Betsy Sodaro reminded me of Jack Black back in the day. And the chemistry between Betsy and Mary is clearly evident. Their time together honing their comedy craft really carries over to the film. The tone reminded me of the comedies from the 80’s.


“Golden Arm” hits all the right notes and then some. I can’t remember the last time I laughed out loud at a comedy so many times.