It's time for another interview of a talent I discovered online.  It's amazing what technology has allowed people to do from the comfort of their own homes.  The exposure one can get now is truly astounding.  Talent once unknown can now be known!

After reading the interview, go check out both of his channel's on YouTube.  You'll be glad you did. 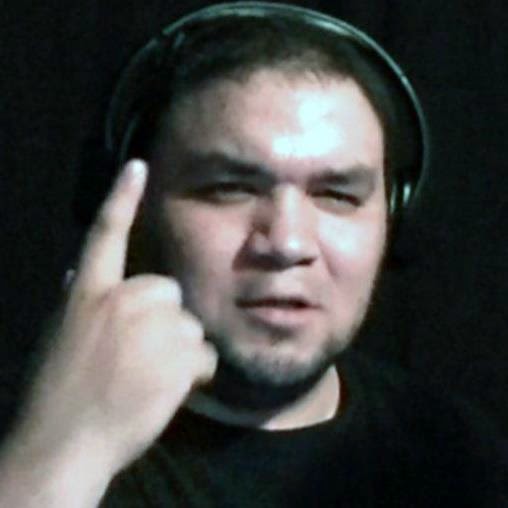 EA: Greetings Juan! How are things on the east side of the mountains? (this is a local term as western and eastern Washington are divided by a mountain range)

JR: It was hot all summer, hotter than I remember and I've been here over twenty years. I can't wait for the winter snow !

EA: I have to say - when I found out you lived in Toppenish, WA, I was surprised. I thought you were somewhere in Mexico or even Spain! *lol*

How long have you lived in Toppenish? Were you born there? What was life like growing up there?

JR: I was born in Guadalajara Mexico but made the move as so many of my peers did to the United States in 1993. I have been in Toppenish ever since and I'll be honest most days I find it hard to remember anything from Mexico. I love it here though I admit recently the whole Yakima Valley has seen more crime than I remember in my younger days.

EA: So your taste in music seems to be similar to mine. So I'm guessing you grew up with metal, oldies, and such in the household? Or how did you get into some of the artists that you like and have covered?

JR: I used to listen exclusively to Spanish music for the first twelve years of my life, and even in my early teens I was in to whatever the radio played, I admit as much. However, it all changed when I stumbled upon a copy of Led Zeppelin IV in 1997 from here on it was all Classic Rock leading in to Heavy Metal and eventually Power Metal. Whenever my vocal experimentations went awry, I'd take breaks from listening to Heavy Metal as I find it impossible not to sing along and this is how I started listening and discovering most of the oldie artists I have covered.

EA: So how I came across your music: I was looking at The Eels video on YouTube (where former Journey vocalist Steve Perry sang for the first time publicly in many years) and then I decided to search videos that were covers of "Oh Sherry". And I found your cover video. I was really intrigued. I looked through many more of your videos on that channel and your oldies channel.

JR: It started without much commotion and with almost no hope for a spark or expectations. I had sung my last talent show in 2002 for my school, that was also the year I graduated. Since then I never publicly sang a single note for over eight years. Through many personal circumstances that arose around September, 2010 I found myself frequenting bars more and more. After much prodding from family members I was convinced to attempt karaoke at a particular bar called Stone Henge here in Zillah, WA. Now let me clear up, I had NEVER done karaoke before, despite my channel starting out as some form of karaoke this was the first time I ever attempted it. It would be a month later that I was then persuaded due to the positive response at the bar to start a channel on You tube. I was very against this from the start cause I had no band or played any instruments, who would want to just stare at my face for a good five minutes? But I started it and expectedly so there was almost no commotion until February 21, 2010 when my cover of "Sweet Child O' Mine" went viral and changed my life. 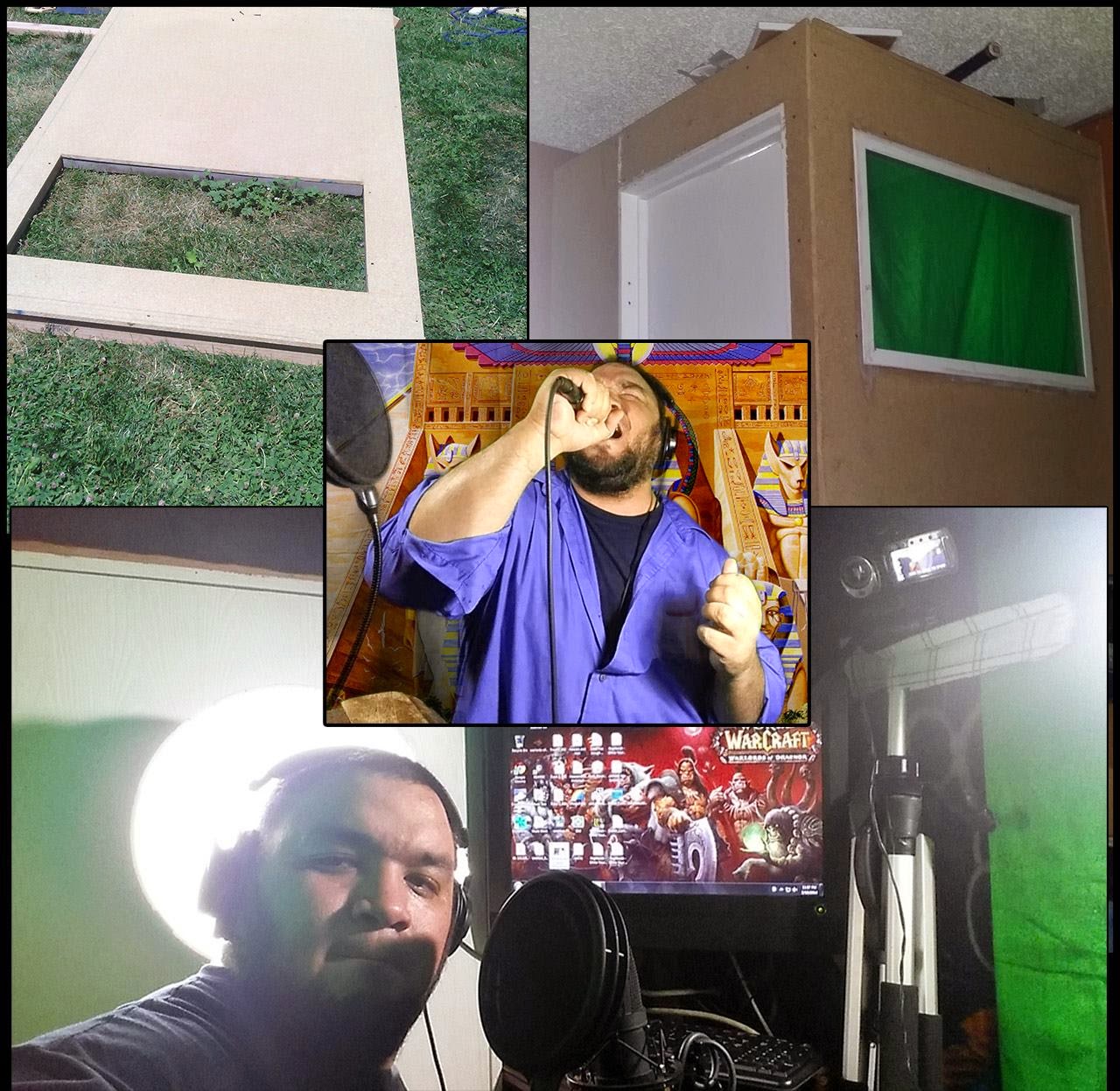 EA: What kind of music background do you have? Did you take formal lessons? Do you play any instruments?

JR: I was always involved in Choir at school. I think this helped tons in my vocal range later on without intending. I have never taken formal lessons and I don't really believe in them (I'm sorry everyone) but I feel it limits potential and yes I'm fully aware of the dangers it can cause to someone who pushes their voice too much. However, I have expanded my range on my own for almost two decades and I find it so much more rewarding and exciting to explorer it on my own. I used to play the drums and the clarinet...yes the most metal instrument of all. Despite my extreme love of Metal I could never master the guitar despite having purchased three in my life so I decided it was the vocalist life for me!

JR: Twilight Messenger is a Power Metal project that started as a rant from me about two years ago. I kept complaining to my good friend Andy Feehan that I just never really got a chance to sing about the fantasy genre I love so much. I kind of got stuck in a big 80's Metal run and I wanted to really let the vocal pipes loose so every so often I'd joke with Andy and say "lets do an album all about dragons and battles and screams" well eventually it started becoming a reality with a few songs being drafted. The major push though that changed it from a small online only project was when the boss man at Stormspell Records stepped in and gave us an offer to push this to a much bigger release. I'll spare more of the boring details but I do have to say a big thank you to the members who were involved, Julia Orwell, Jack Sheriff, Chris Johnson and of course Andy Feehan as well as big lifetime debt award to Jordan from Stormspell who taught me tons about what the business is and how to really take advantage of opportunities.

JR: I work at local store here in the valley during the day and fix computers as a side job. This has always given me enough to pay the bills, however it leaves almost no time for music. This is why the Youtube material has dramatically decreased over the last two years since I became the greatest father in the world. As far as my music career or hopes of one the dream for me is a lot simpler than most. I want to keep recording from home if possible with minimal touring. I don't particularly search for bands, I want to be a singer for hire and the hope is that someday I can do enough vocals to keep the family taken care of without the need of the everyday jobs.

EA: What happened when your video for "Sweet Child O Mine" went viral? Were you getting emails and inquiries from all over about it?

JR:  When the video went viral I was driving home from Seattle, the date was February 21st. I had maybe 100 subscribers with a combined total of 10k views for all my videos. By the next morning I had over one million. Since then inquiries have come from all over the world and I have taken some, and lost out on others. I think for anyone that goes viral the biggest challenge is knowing what projects to accept and who to say yes or no to. It's very difficult cause it all hits you at once and no one can ever prepare to go viral.

EA: Do you have any plans to perform live with a band - even if it's just a one off gig?

JR:  My goals for vocal work have changed a lot in the last year and specially as I become more family oriented. I think my main goal is to do studio work and earn some money on the side and every so often if I can get to level of success I hope to, maybe travel to Europe to sing with some of the bands/people I collaborate with online. However, long term touring with a band has never been on the books and I don't see that changing.

EA: Did I see somewhere that you sing at weddings?

JR:  It started as a favor for a long-term friend, and while at this particular wedding I was asked to do another. Being the money hungry jerk I am all I saw were the sweet luxurious perks of being a wedding singer so every so often, despite me saying I won't do another wedding again Mr. Benjamin Franklin twists my arm but I will admit it's not something I do too willingly. 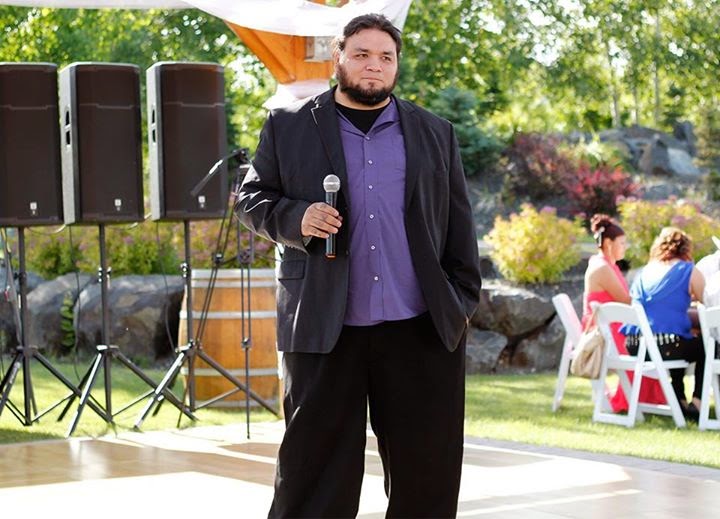 EA: What is the process for collaborating with a musician(s) from different parts of the world? How do you get all the video and audio footage together and then what do you use to edit the material?

JR:  The process can be extremely fun or extremely frustrating depending on the people and the song. In the best-case scenario you get the group together. This day and age there's such a wide range of talented musicians and singers on YouTube you can contact and form long lasting partnerships with especially when it comes to covering or even creating new original material. To make it short and simple, it usually begins with someone taking the lead in organizing and getting the other members to do their parts. Depending on styles either the guitarist will lay down a basic outline of the song with accompanying click track or the drummer will step in and do a rough draft of the song that all other members will use to do their parts. The members will videotape themselves during the recording process and eventually send off both clean audio and video separately for the assigned mixer/video editor. This process is very complex at times depending on the song and depending on free time could take anywhere from a few weeks to almost a year, I have seen it happen!

JR:  If you have a chance, check out Stormspell's website (http://www.stormspell.com/) as a thank you for giving us the chance to release our first album. Jordan of Stormspell works really hard to give new acts a chance for something bigger and he is a great person to work with. As for the friends I have made thus far from the YouTube community, it'd be much shorter and easier to visit my channel:

and click on the links on the friends section, I also would hate to leave anyone out of this interview and the list would be too long!
Posted by Eclectic Arts at 2:25 PM No comments: