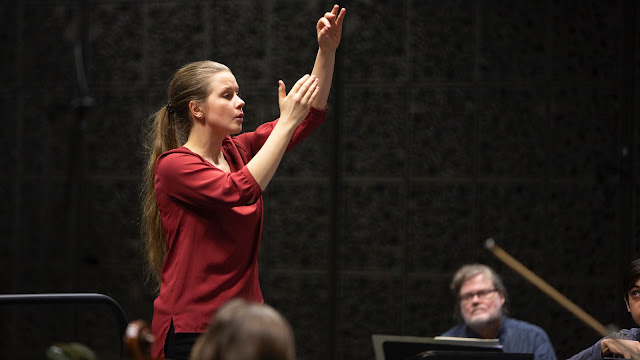 As a musician and as someone that has interviewed one symphony maestro, I was intrigued by the documentary, “Conductivity”.


The film follows three students in Helsinki as they study to become music conductors.


While the journey is interesting after the first hour it starts to drag on (no pun intended). I think the drama within the story starts to get lost and that’s a shame as it starts off very well.


Still, the film does manage to show that it takes a heck of a lot of talent to conduct an orchestra. The conductor isn’t just “flailing around with their arms” as some people would think. There is so much more going on than meets the untrained eye.