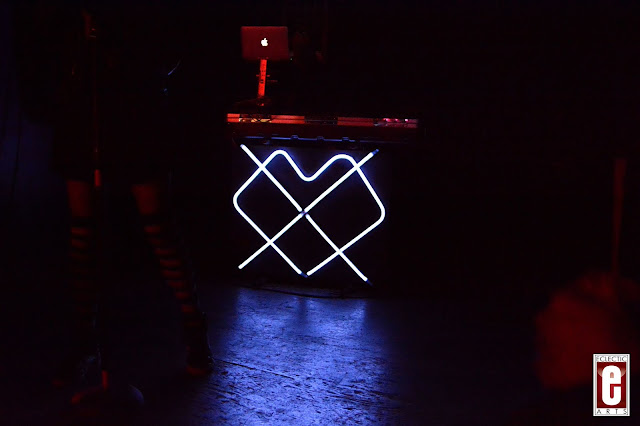 With the merging of two touring bills, I lucked out and got to see Night Club play as they were originally booked at Studio Seven the same night as the Kobra and The Lotus gig at El Corazon. With Studio Seven's recent closure, Night Club (on tour with Combichrist) joined the bill at El Corazon and the Funhouse for a night of really eclectic music.

Emily and Mark are the members that make up Night Club - an electronic duo based out of LA. They are developing a following due to their infectious music and fun and energetic live performances.

They've been through Seattle a few times now - so the fans were ready for them over at the Funhouse.

Set opener "Freak Like Me" and set closer, "Candy Coated Suicide", and every tune in-between, went over extremely well with the audience. Emily constantly dances and moves across the stage while she sings. Mark is blasting the electronics in the back.

The band is on the road through the summer both in the US and Europe. Check them out. Once you listen to a song and/or watch a video, you will be hooked! I'm looking forward to their return to Seattle (hopefully soon). 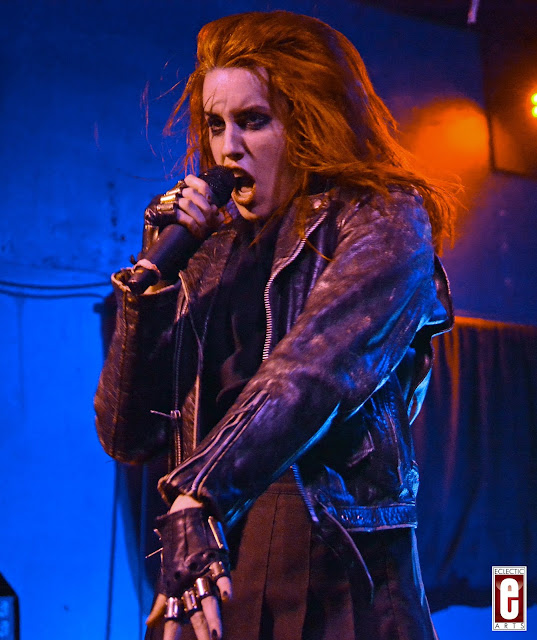 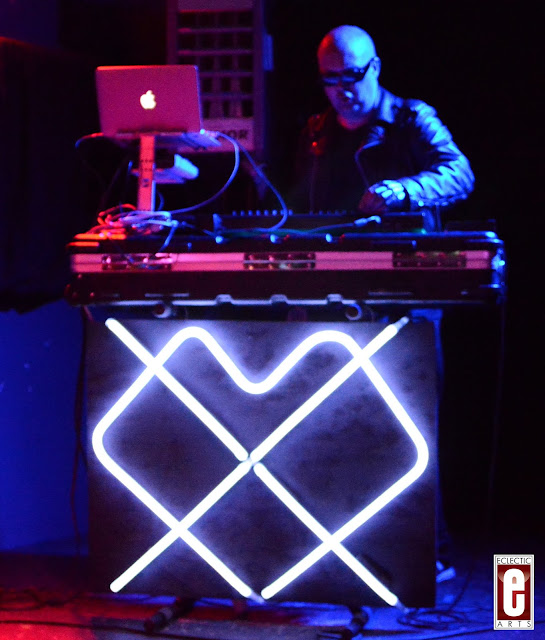 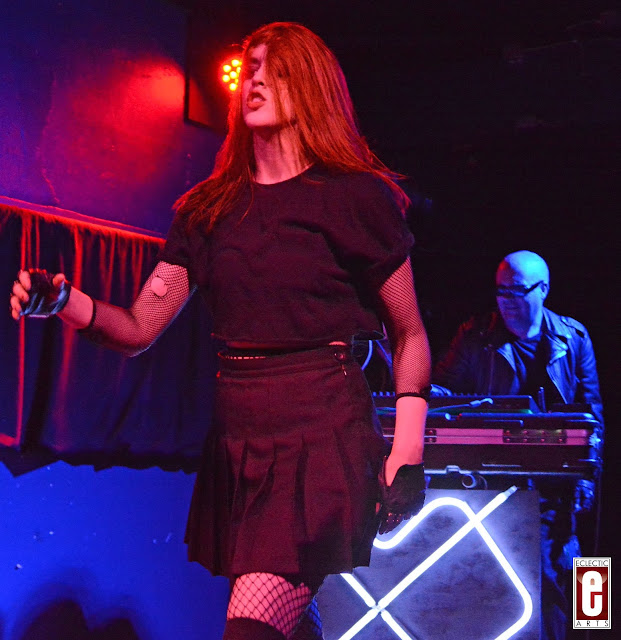 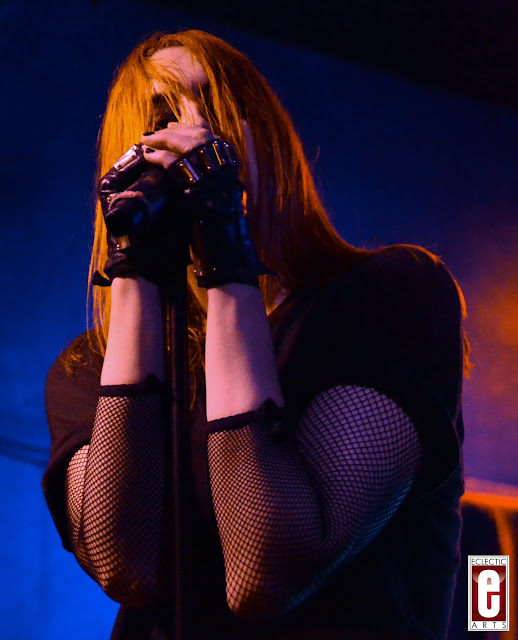 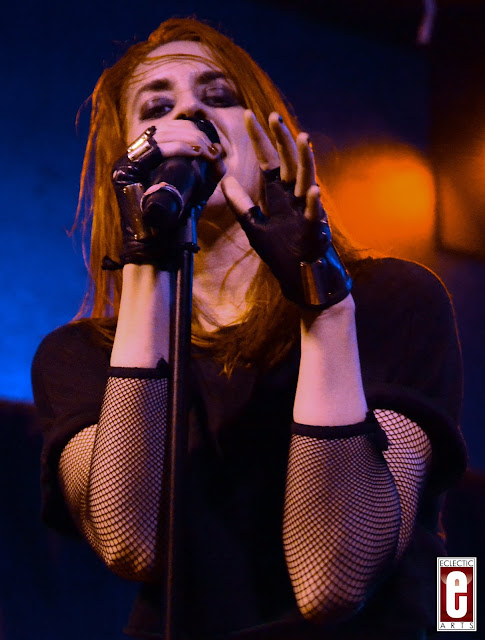 Posted by Eclectic Arts at 5:30 PM No comments:


Kobra and The Lotus 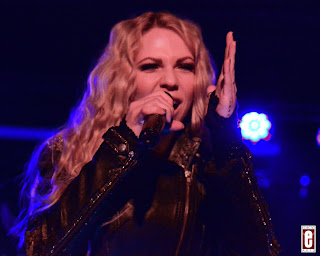 
Kobra and The Lotus returned to Seattle, touring for the new album, "Prevail II", Kobra Paige and the band originally were to play just before the headliner at El Corazon. Due to another club closing recently, another bill crashed the party at El Corazon - creating a ten-band line up between two stages.


This change moved Kobra and The Lotus up to a 7:45pm set start as well as a shorter set overall. Just like last year, the band definitely has their share of fans. From set opener, "Losing My Humanity" to closer, "You Don't Know", the band played with passion throughout their set.


I personally would have loved to have heard a longer set but what can you do? Perhaps the band will come back with other bands that are similar in style (Delain would be great) and play a 10-12 song set.


Great band and great people. They made a fan out of me last year and that was only reinforced by their performance this year. I'm a Kobra and The Lotus fan for sure!

Special Thanks: Katy and Jon for the credentials - thank you for the opportunity!

KOBRA AND THE LOTUS OFFICIAL SITE 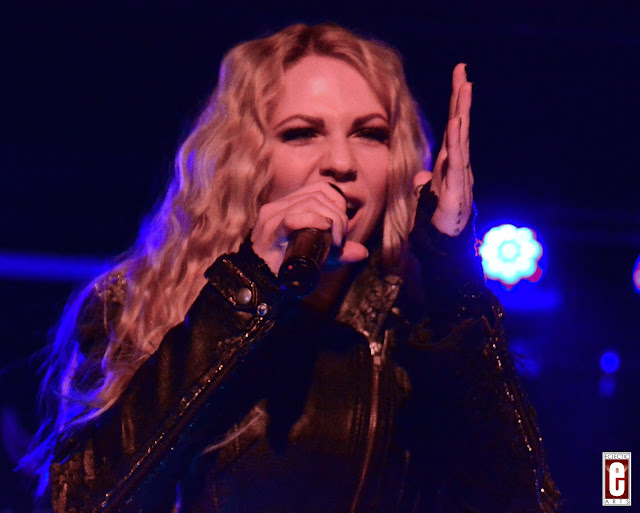 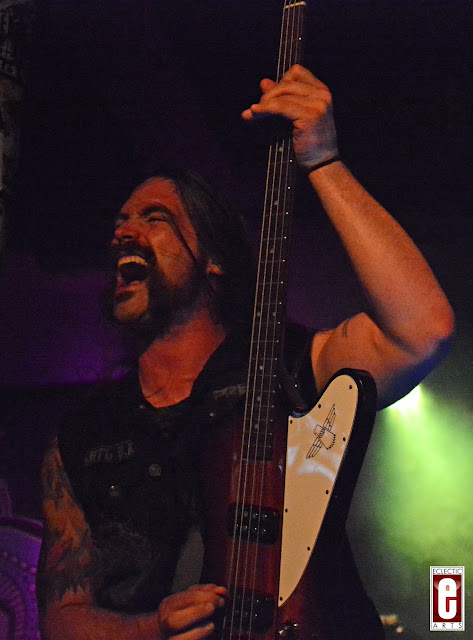 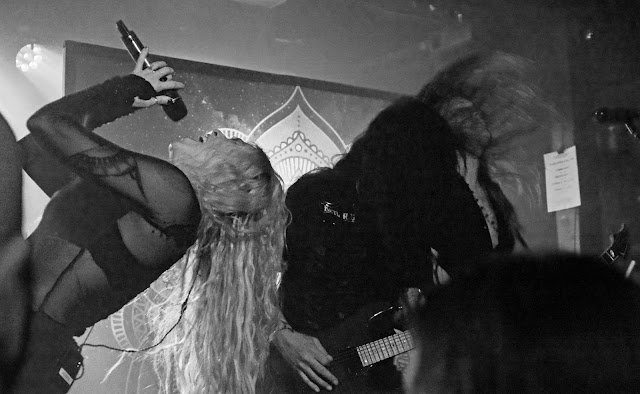 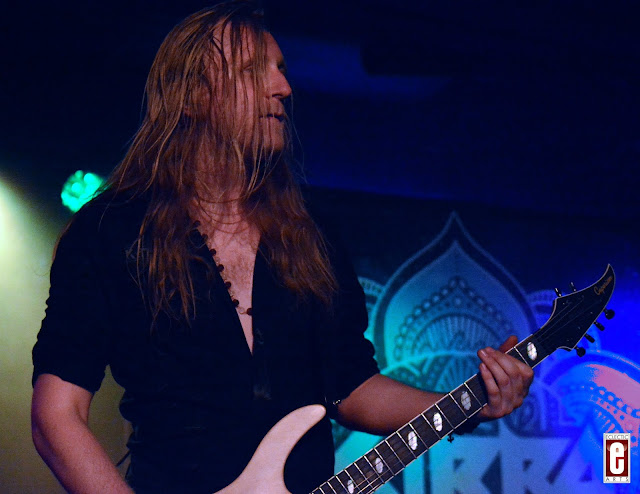 Posted by Eclectic Arts at 5:21 PM No comments: 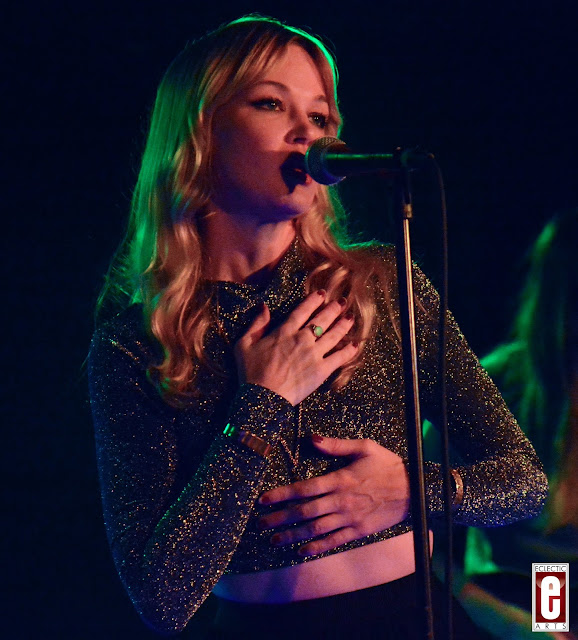 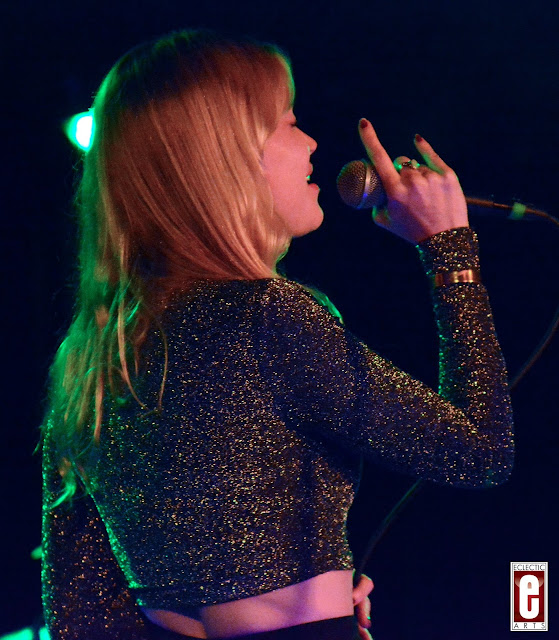 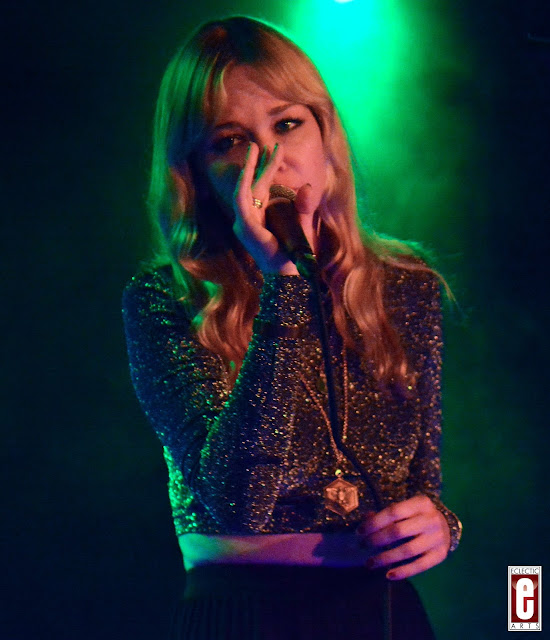 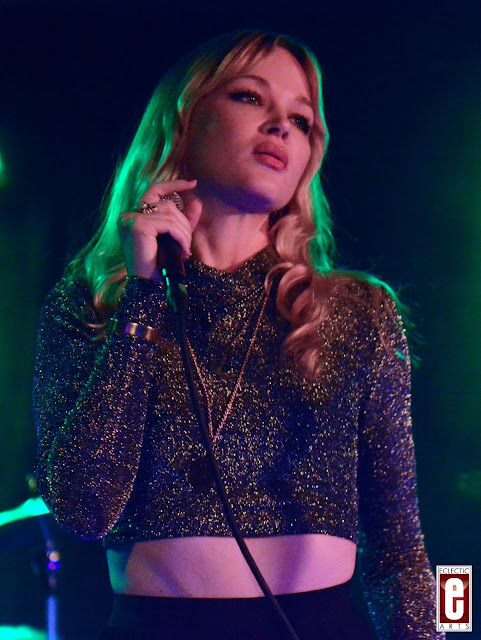 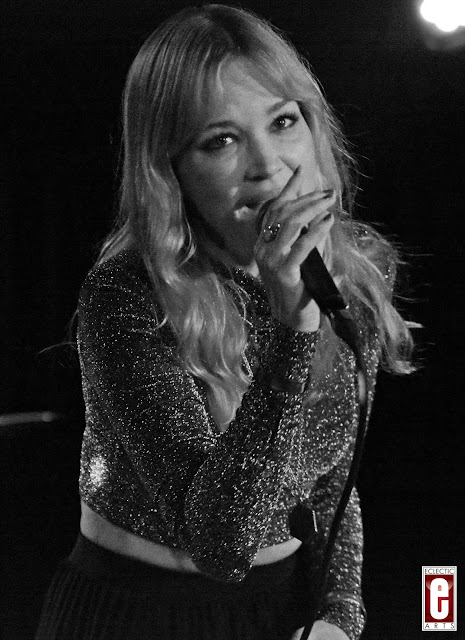 Posted by Eclectic Arts at 5:11 PM No comments: 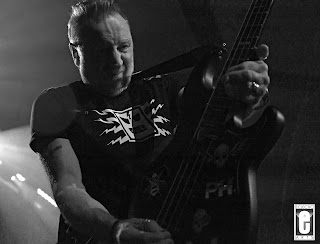 
"Substance" - both albums by Joy Division and New Order - performed live by original bassist Peter Hook and his band The Light. Say no more - I'm in!


Thursday night at the Neptune was a chance for some to relive the glory days of both bands music from the late 70's and 80's while for others it was a chance to see and hear the music live for the very first time.


Young and old alike sang, danced, and had a ripping good time as Peter Hook and The Light played nearly a 2 1/2 hour long show. The first set being the New Order album, with a short 10-minute break, and then the second set being the Joy Division album.


The band sounded great! The more danceable New Order tracks getting the energy up while the Joy Division tracks reminded everyone in attendance just how good those songs were (and still are).


Peter has been playing various albums and songs from over the years on each tour - changing it up when it seems time to do so.


As I left the Neptune after the show, I couldn't help but wonder - where are the bands of today that are as influential as Joy Division and New Order? The genres both bands helped establish - who's carrying the flame into the future?


Special Thanks: Jason for the credentials - thank you for the opportunity! 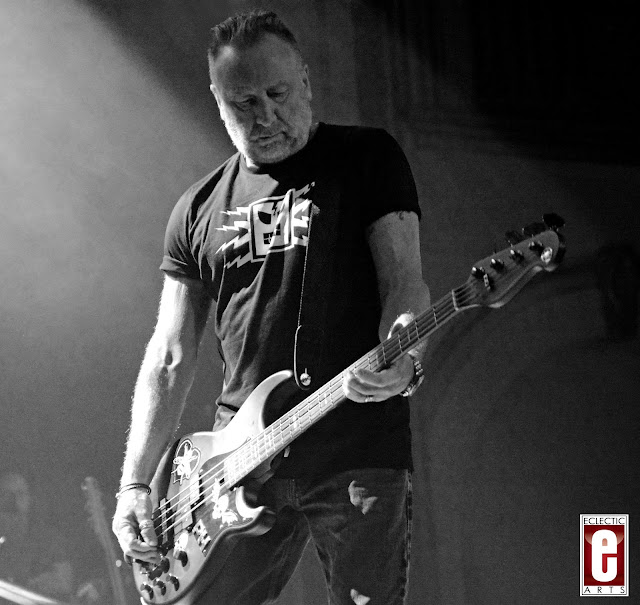 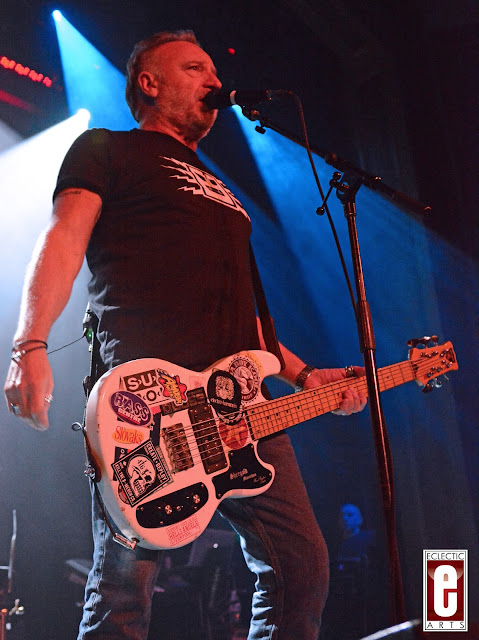 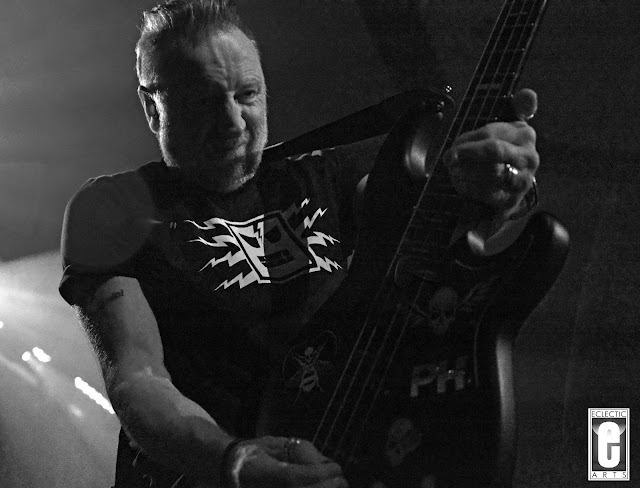 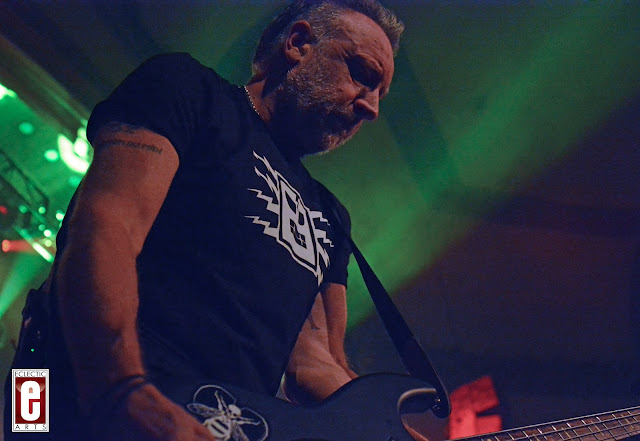 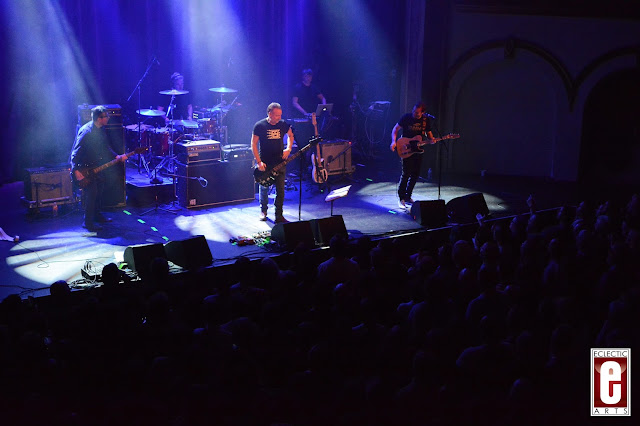 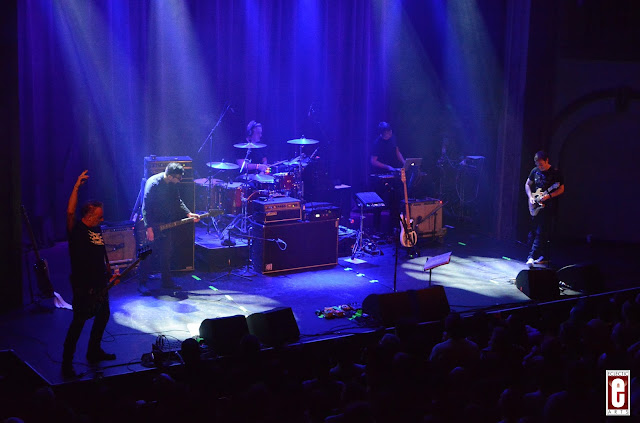 Posted by Eclectic Arts at 12:00 PM No comments:

Broadway At The Paramount 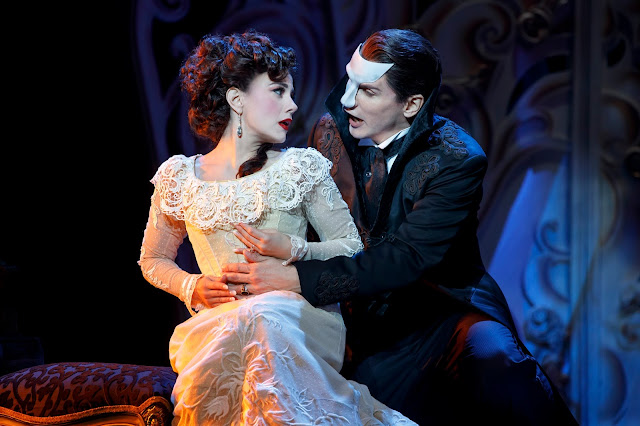 All Photos by Joan Marcus

Eclectic Arts has always strived to bring as many different artistic endeavors to the readers as possible.  Musical theater, an area that has been untouched outside of fan-attended performances over the years, is now front and center.

Andrew Lloyd Webber's "Love Never Dies" has been inspiring audiences everywhere on its inaugural U.S. tour.  Gardar Thor Cortes and Meghan Picerno cast as the Phantom and Christine Daae respectively, with an ensemble of talent throughout the production, really hit the mark in more ways than one with this dazzling musical. 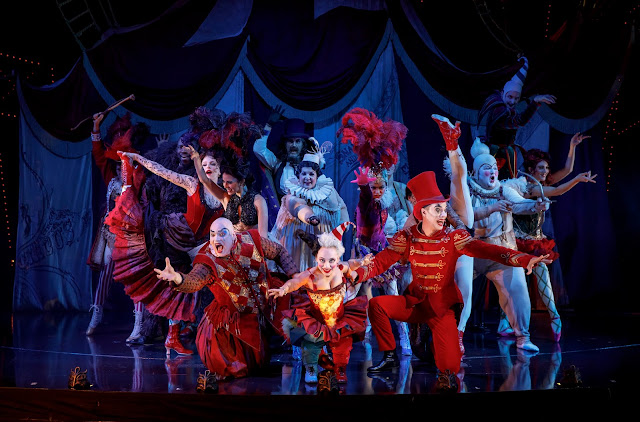 Basically a sequel to the mega-hit, "Phantom Of The Opera", "Love Never Dies" sees the Phantom escape to Coney Island in New York, after his beloved opera house mysteriously burns to the ground in Paris.

Christine and Raoul are now married - with a son Gustave.  Christine has become a well-known star of the theater.  The family ventures to New York as part of the new Oscar Hammerstein production.  Meanwhile, the Phantom still yearns for Christine and plots a way to get her to sing again for him in New York.

It is inevitable that a sequel of any kind will get compared to the original - fair or unfair.  "Love Never Dies" takes the more simplistic approach of the original musical and adds dark layers to the story line.

The Phantom and Christine characters are exposed and explored to much greater depth than the original musical.  Of course tragedy must occur which it does toward the end of the production.  That is a spoiler I won't reveal. 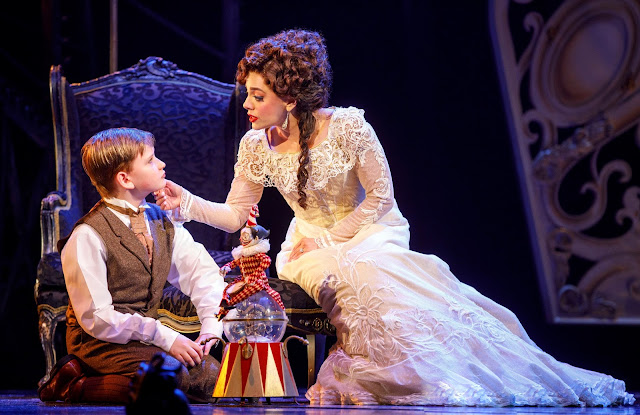 The signature pieces, "'Til I Hear You Sing", "Beneath a Moonless Sky", and, "Love Never Dies" were performed with achingly beautiful precision by Gardar and Meghan.

Gardar's Phantom is one of strength and vulnerability.  His performance gained momentum as the show progressed, showcasing his strong vocal abilities.

Meghan's Christine stole the show.  Her operatic prowess really stood out throughout the performance.  Others in attendance raved about her afterward and deservingly so.  Her voice was strong, nuanced, and emotionally provocative.  She was perfectly cast as the now grown up woman, mother, and wife known as Christine Daae. 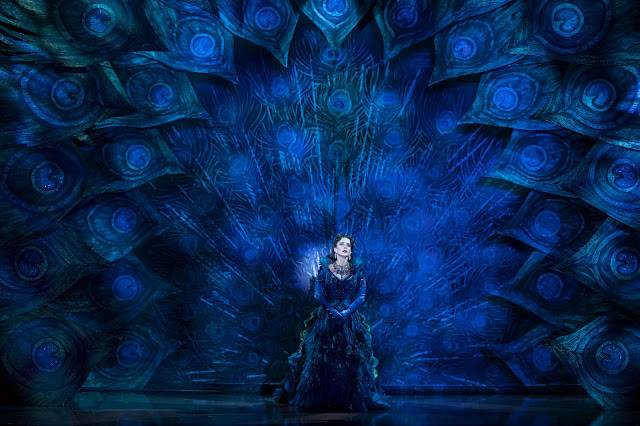 Gustave, played by Jake Heston Miller, was another stand out in the cast.  You couldn't help but perk up and take notice any time he was on the stage.  His pristine vocals and emotive acting really made you believe that he also sings with the angels of music.

Sean Thompson (Raoul), Mary Michael Patterson (Meg Giry), and Karen Mason (Madame Giry) completed the known characters from the original story.  There were no weak links in any of the performances, far from it.

The cast as a whole was as top notch as you would expect.  The material they had to work with felt, at times, dated instead of universal or timeless.  But, many kudos to the casting department for a job well done.

The production - large and lavish in its scale, never over powered the performances - which it easily could have as it was absolutely stunning.  From the Coney Island circus set to the many shifting interior and exterior sets, visually the show was flawless. 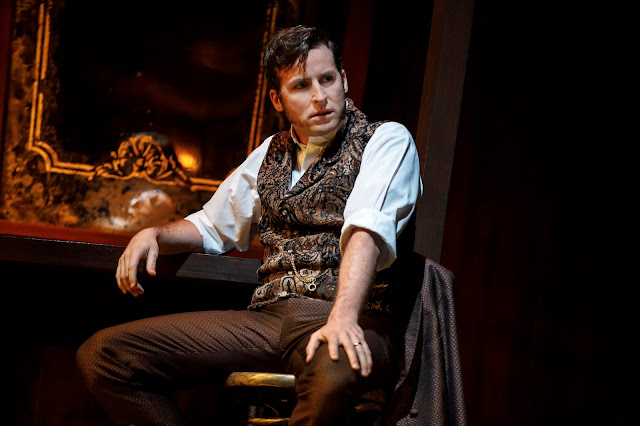 Some in the media have criticized the storyline but to those in attendance Tuesday night, the audience was gleefully swept away to Andrew Lloyd Webber's world once more.

I left the Paramount Theatre satisfied, with the vivid imagery and songs dancing in my head as I walked into the night.

"Love Never Dies" delivers a dark, longing, and striking experience that will stay with you long after you've left the theater.

"Love Never Dies" runs through May 13th in Seattle at the Paramount Theatre and then continues to Portland, OR from May 15-May 20th before heading out east at the end of May.

Special Thanks: Julie for setting everything up - the interview, the show credentials, everything - thank you so much for the opportunity!  Also, thank you to Brittany for assisting the day of the show as well.  It was a pleasure meeting you both! 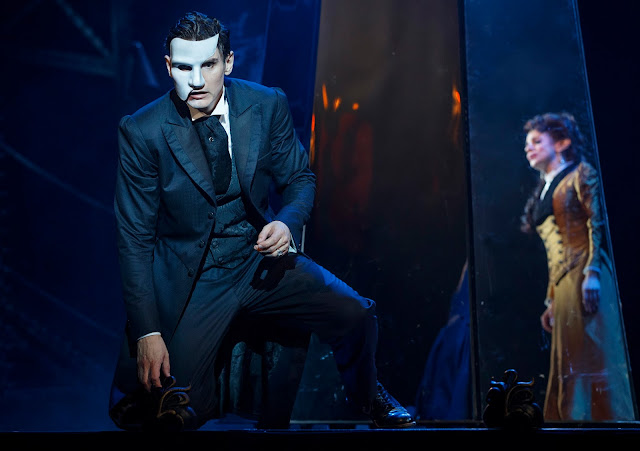 Posted by Eclectic Arts at 9:40 PM No comments: