East Of The Mountains 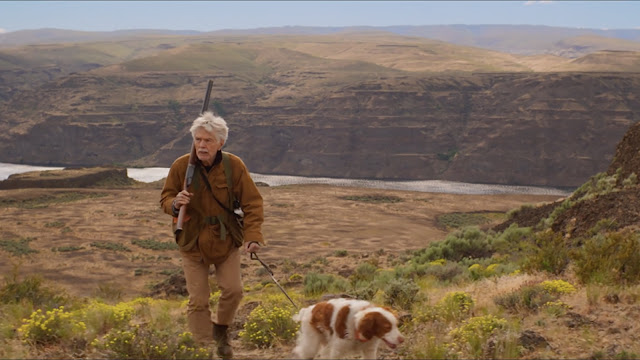 I approached my first year as press covering SIFF (Seattle International Film Festival) with my usual laser-like precision and intention. This is to say I was honestly overwhelmed and just went with my gut on what to start watching and reviewing.


“East Of The Mountains” was my second film choice to review. Based on the novel by David Guterson, the film tells the story of a retired doctor with a terminal illness that decides to go on a trip back to Eastern Washington state to call it a day.


Starring Tom Skerritt in the lead role as Ben Givens, with support from Mira Sorvino as his daughter, and Annie Gonzalez as the veterinarian, the film has a somber, searching tone to it which is perfect considering the trip Ben is on.


Ben encounters car trouble, dog trouble, and other assorted unplanned adventures as he comes to grips with his past.


The film is neatly compact in it’s runtime which I really appreciated. I’ve been reviewing too many films lately that tend to think longer is somehow better. If the story is told, end it. There is no need to pad a movie with filler.


Tom Skerritt is of course wonderful as Ben. Now in his eighties, Tom carries the film like only a veteran actor can. He makes the difficult look easy as all professionals do but Tom really feels perfect for this film.


I also must say that Annie Gonzalez had me asking myself “who is this actor”? She was very captivating in her scenes with Tom and I hope to see more of her work soon.


“East Of The Mountains” is a good one. I’m two for two with my SIFF selections. Recommended.