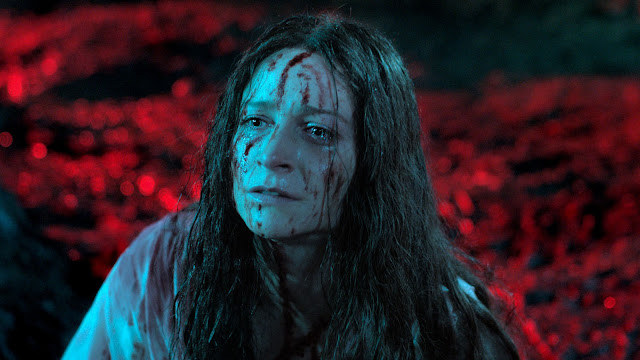 I know there was some buzz about this film and when I saw what it was about I was in. I love the fact that SIFF programs all genres of film, not just the predictable.


“Censor” is the feature length film that was spawned from the short film “Nasty” - both directed by Prano Bailey-Bond.


The film centers around Enid who works as a censor during the time of the “video nasties” in Britain in the early to mid 80’s. Due to the arrival of VHS back then, many films were deemed inappropriate (due to violence) and thus a censorship group was created to watch and censor such films.


In “Censor” Enid must deal with a murder that was blamed on a film she cleared for distribution and her sister who had been missing. Her parents want to consider her deceased since she was not found. There’s more to the plot but I don’t want to spoil anything.


The film has this really esthetic quality to it that I liked. It goes from grainy 80’s full frame ratio to a modern letterbox ratio and back and forth. At times the viewer feels like they are in the actual movie and other times we are observers from the outside.


The director really did a fine job walking the line between disturbing and interesting. You never quite know where the film is going and it captures a dream like state superbly.