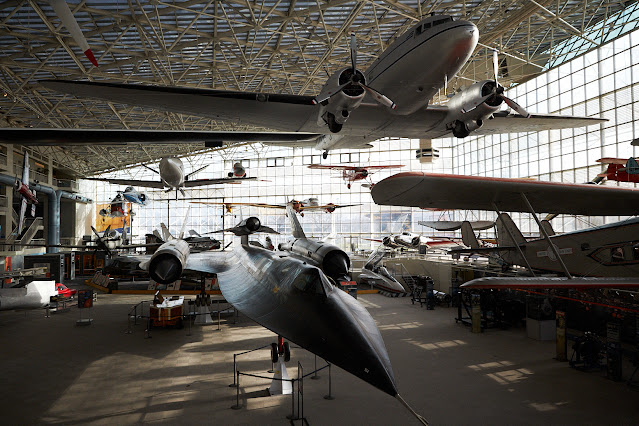 (Philip Newton Photo)
As we find ourselves marching into another year of this pandemic state due to Covid-19, “Flight” from the Seattle Opera is a timely production.


Set inside an airport terminal, and inspired by a real life event, the first thing that stands out is the way it was captured on film. Utilizing the Museum of Flight as a stage, one can get an idea of just how unusual yet stunning the performance looks. The Seattle Opera has been utilizing the digital realm to great effect with their virtual performances. Instead of merely filming the production, they have thought outside of the box this year and “Flight” is a perfect example.


The locations within the Museum of Flight lend themselves perfectly to create a rich atmosphere and staging for the performers to tell the story. A refugee has been living in an airport terminal, with other passengers stuck due to stormy weather. 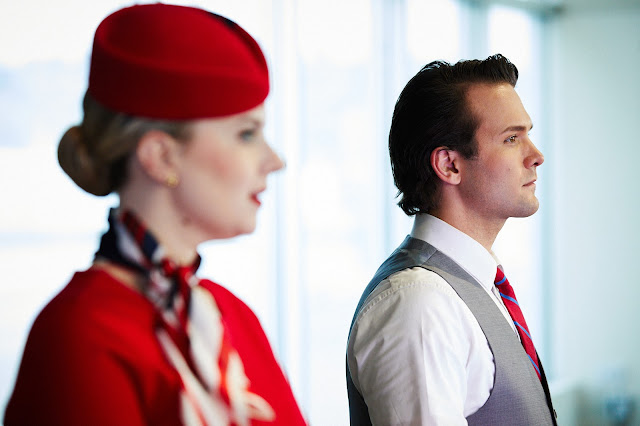 The concept of being stuck in one place with no real timeline of when things will reopen (and air travel will resume) should hit home with just about everyone due to the pandemic. Even as we are seemingly moving toward the proverbial light at the end of the tunnel, there will still be many question marks and unresolved issues for months, if not years, to come.


“Flight” tackles the characters issues with levity and even a surprise during the last act. The overall performances and music were engaging and easy to digest throughout the performance.


The Seattle Opera has produced an amazing show in “Flight - and during a pandemic no less. Make your reservation for this destination soon.

SEATTLE OPERA OFFICIAL SITE
Posted by Eclectic Arts at 10:43 AM