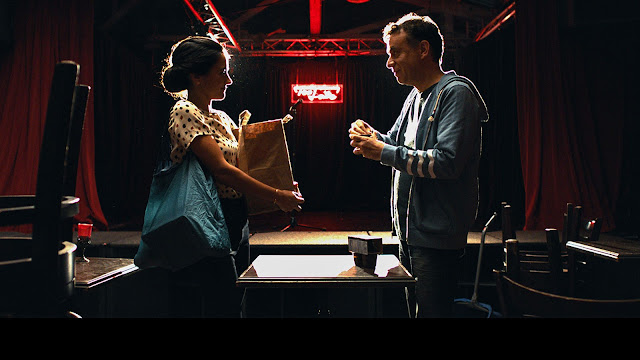 The film, “Too Late” revolves around Violet who works for her veteran stand up comedian boss Bob. She helps Bob book guests for his show called Too Late.


Violet meets an up and coming stand up comic named Jimmy and they instantly relate to each other. Bob’s secret is revealed which may cause issues for everyone around him (to put it mildly).


“Too Late” was a part of the WTF section of SIFF this year (Wild Terrifying Fantastic). As a fan of the horror genre, it’s ironic that that’s the part of this film I liked the least. I was rather intrigued by the plot and what was going to happen to Violet. When Jimmy entered the picture it got even more interesting.


If the film had stayed a comedy with some drama (or the other way around) I may have liked it more. But, the horror element was my least favorite part of this film.