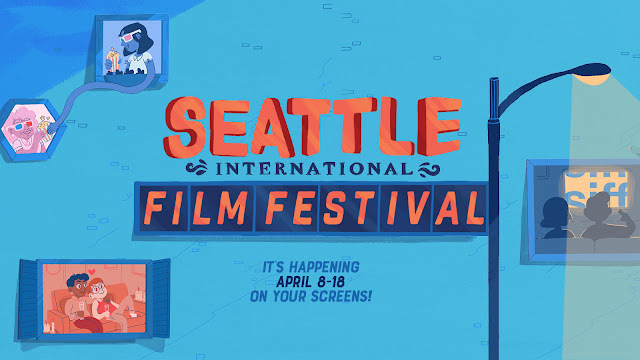 As a first time credentialed media member, I was grateful for the opportunity to participate in SIFF 2021 (the first time the festival went virtual). Below are just some of my observations from my festival experience.


The first word that comes to mind is overwhelming. Like many, I have several jobs that I juggle. My other media work didn’t stop due to SIFF. It was a case of “in addition to” not “instead of”. So, conducting live-stream interviews during that time, working a survival job, writing reviews of advance films outside of SIFF, etc. all kept moving along.


The programming is immense which I already knew. I purposely did not read too much into the recommendations and the other “must watch” lists I saw posted online. I went through the program on my own and selected films that stood out to me at that time on that particular day.


My first selection was the documentary, “Fruits of Labor”. I was really moved by the film which set me off on a grand course for the rest of the festival. I secured an interview live-stream with the director Dr. Emily Cohen Ibanez which was the only interview I conducted during the run of the festival (others are now pending after the fact).


What impressed me the most about the programming was just how vast it really was. And I didn’t even have the time to see as many films as some SIFF-aholics. Eclectic Arts is just that - eclectic. If I wanted horror, I found horror. If I wanted drama, I found drama. If I wanted a shorts package, I found a shorts package. It was almost endless which reminded me of the first time I ever walked into Scarecrow Video many, many years ago. It was just like “wow”!


I must also mention that every single link worked for me as press. There were zero technical issues. Major kudos to the tech team that got all of this together. That is a huge compliment that there were no issues from my end.


Another thing that crossed my mind is how in the world do some fans watch so many movies over the course of the festival? My mind starts to get a bit zombified after even two films in one sitting, let alone four or five like some fans were doing. And this was all from the comfort of my own home. When the in person festival returns, you have to add in travel time, parking, schedules as not all the films will be conveniently available when you want to see them/can see them, etc.


I understand the cinema experience in person. It’s just like live events. There is no replacing that. But, I do hope the SIFF organizers consider at least some sort of hybrid festival for 2022. Perhaps the majority is in person to help support the local theaters but another package is available virtually. Or maybe all the films are available virtually except for the “big” films that the committee decides to make theater only showings of. I don’t know. I see both sides of it. I think more people are apt to purchase a ticket package if they can watch what they want, when they want, from their own homes, especially if you don’t live in Seattle proper (I don’t). There’s also money to consider. The virtual option allows people from outside the area/state the opportunity to buy and view films (depending on the territory restrictions, etc). But that’s just my suggestion for next year. Bring it back in person but have some level of option for virtual as well if at all possible.


I still feel like SIFF is draining out of me in the most positive of ways. What an experience that at times felt like a test of cinematic endurance. How much can you take in before you crash and burn? I covered more than twice what I put on my application so that’s good enough for me. Well, as a start at least. I hope to have the privilege of being back in 2022.


Thank you to everyone at SIFF for the amazing experience. You put on one heck of a virtual festival for 2021!
FILM REVIEWS (all open in a new window):
Fruits Of Labor
East Of The Mountains
All Sorts
Mogul Mowgli
Censor
Super Frenchie
Chuck Connelly: Into The Light
Under The Open Sky
Too Late
I'm Fine (Thank You For Asking)
Phantasmagorias
Summertime
Waikiki
Rita Moreno - Just A Girl Who Decided To Go For It
Conductivity
Writing With Fire
"Fruits of Labor" Interview Live-stream with Dr. Emily Cohen Ibanez
Connect With Eclectic Arts:  Social Media Links Here!