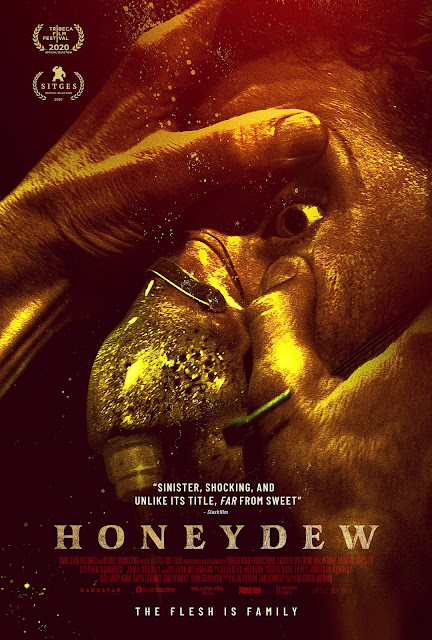 I am always up for reviewing a horror film. Having grown up on the genre, I’m always curious to see what filmmakers will do to make things new and interesting.


The film “Honeydew” explores the story of a couple that ends up taking refuge in a rural home with a farmer and her son.


Things of course go awry and the couple end up going down a rabbit hole of the horrific and just plain odd at times.


I was initially intrigued by “Honeydew” as the story was set up nicely. But once things ventured into the realm of hallucinations and just absurdity, it lost me. I know there is an audience for this type of horror film so some will enjoy this much more than I did.

The mood and tone of the film is interesting and there is definitely a creepy factor to the proceedings which is always a plus in a horror film.


Overall, the film came up short for me. Perhaps it won’t for you, though.