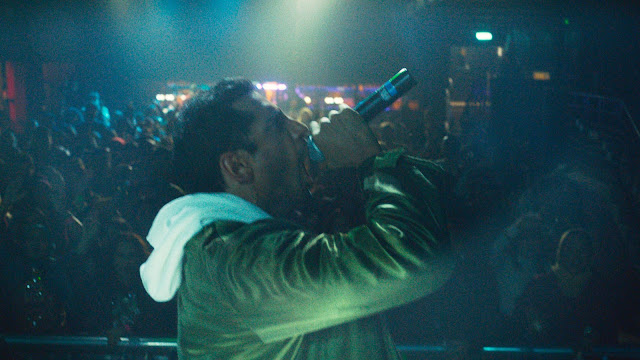 After my first day of watching films to review for SIFF 2021, I decided to see what others were suggesting for folks to check out. The film “Mogul Mowgli” was one of them. So, instead of going on instinct, I went on recommendations this time around.


The film is about a rapper that is ready to get his big break opening for a tour in Europe. But, he is sidelined due to some unknown health issues, and reconnects with his family while in care.


I’ve said this before in some of my other reviews over the last year but every now and then I will come across a project that I don’t really understand. I get the sense that there is more that I’m supposed to be understanding on some other level but I just don’t.


This film fits the bill.


The dramatic turns with the lead character and his family I understand. Same with the issues with his girlfriend. But some of the other scenes were just confusing to me to the point where I didn’t know why they were in the film.


This doesn’t make the film bad in my opinion. It just leaves me perplexed and assuming I have more to learn about cinema is all (which I’m doing).


I will always enjoy seeing a diverse cast in a film from anywhere in the world so that’s a plus with “Mogul Mowgli”. I think it’s a film that I will need to re-watch at some point and see how it comes across once I have more film reviewing years under my belt.