Chuck Connelly: Into The Light 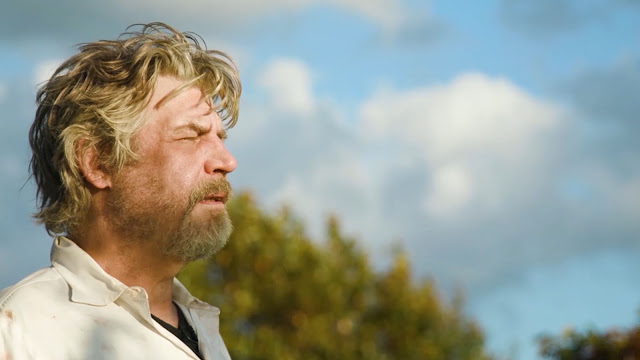 I wasn’t sure what I was getting myself into by watching “Chuck Connelly: Into The Light”. Having zero knowledge of who Chuck Connelly was in the art world, the trailer had me intrigued and I decided to give it a go Saturday night. Boy am I glad I did.


Once considered one of the leading neo-expressionist painters in the 80’s, Chuck fell into the trappings of alcoholism and rejection. He moved from New York to his home of Philadelphia and became a recluse.


But he still painted every day.


The documentary follows the day to day of Chuck and his paintings. And his philosophy. And his rants. And his art.


He initially comes across like a bitter old man who once had the world by the balls. But as the film unfolds, it becomes more that this artist is exactly that. An artist. He doesn’t play by the rules and is quite frankly misunderstood if I go by what this documentary revealed.


The art world wants to see certain things from its artists. Chuck Connelly didn’t fit that mold so they broke him. Or tried to.


But underneath the massive layers of confusion, anxiety, and agoraphobia, is an artist that enjoys teaching others. An artist that wants to connect with his work in a deeper way than what the rules say he must do.


“Chuck Connelly: Into The Light” was an inspiring piece of film making about an artist that eventually found himself in his work and in his life. On his terms.