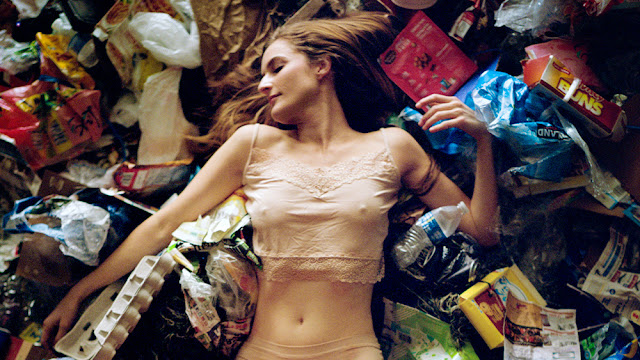 One of the pleasures of reviewing films for the various film festivals this year is that I get a chance to not only see some films make their world premieres but I also get to explore the vastness and range of cinema styles.


“Shapeless” is an intriguing film.


The story centers around a jazz singer who works in a cleaners to pay the bills. But she is struggling with an issue that is all too real. As always I subscribe to the no spoilers here club in my reviews.


Kelly Murtagh plays the main character Ivy (and she is also credited as story by) and is superb. Here is yet another film where the main character actor either rises to the challenge or walks away. Ms. Murtagh is captivating, raw, and extremely believable as Ivy.


Yes, there are some horror elements in this film but they are really few and far between. This is not a horror film in my eyes (having seen a ton of them since VHS was first introduced). It is a film about an issue many people face and the horrors that come along with it.


We don’t see this issue in the headlines right now nor have we really ever. We know it’s there. We know it exists. But for many of us, that’s where it ends. But for others, who are dealing with the issue or have dealt with it, they know all too well what “Shapeless” refers to.