Catch The Fair One 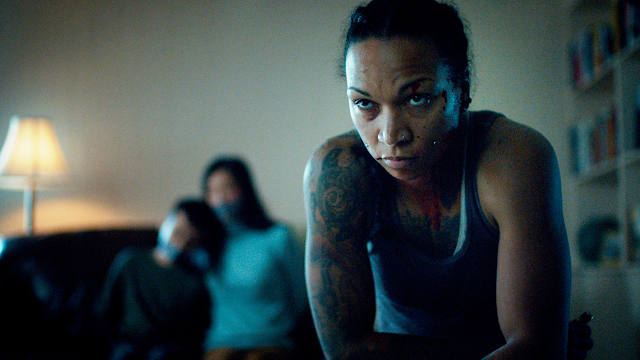 The Tribeca Festival has not disappointed thus far. Every film has been of a certain level of quality and “Catch The Fair One” is no exception.


A bleak film based on current (and past) social issues such as MMIWG (Murdered and Missing Indiginous Women and Girls), human trafficking, and BIPOC equality, the plot revolves around Kali (played by Kali “KO” Reis - a real life world champion boxer) who’s younger sister goes missing one evening.


Kali spends her time and energy trying to find out where her sister may be so she can rescue her. Of course along the way she encounters brutality, personal demons, and a nearly non existent support system.


The film is compelling and immerses the audience in Kali’s dark world as she gets closer and closer to finding her lost sister.


Kali “KO” Reis” is in basically every scene of the film. She has a commanding presence (no doubt honed from her real life battles to become a world champion in the boxing world) on screen and she shows her future in the film world is bright. She is one new talent to watch out for.


Director Josef Kubota Wladyka keeps the narrative sharp and realistic at all times. There is a synergy with his cast, particularly Kali “KO” Reis, that really raises the bar of the film. In another director’s hands this could have been a cliche’d mess but thankfully Josef created a vision that is impossible to ignore.


“Catch The Fair One” is a film that deserves a large audience. I hope they find the right home for it to do it justice.