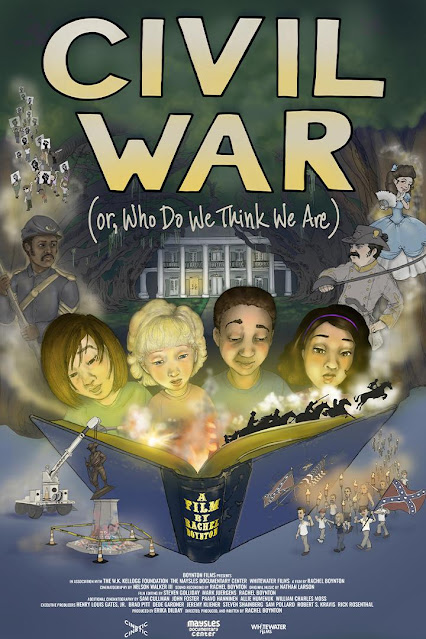 The old saying if we don’t learn from history then we’re doomed to repeat it has been around for ages. But, what if the historical facts aren’t what they seem? Then you’re basing your viewpoint on skewed information at best or false information at worst.


The new documentary from Rachel Boynton “Civil War (Or, Who Do We Think We Are) is a fascinating look at the civil war from many different viewpoints. Families, teachers, students, professors, activists, and many others are interviewed to give their insight into why the civil war happened, but also the aftermath, which is still being felt all these years later.


The film is timely with the BLM movement last year as well as the other issues of today including the presidency issues this last election. It’s always difficult trying to understand someone’s viewpoint that is the polar opposite of your own. It’s much easier to dismiss them and stay in your lane. But if we don’t take the time to understand the other side, how do we ever move forward? It’s something I’ve wrestled with for quite some time.


If your family has many generations in the southern states of the U.S., you most likely have direct lineage to the civil war. So to a modern day family member, they may (emphasis on may) have the mindset that the union tried to impose their will on the confederate states and ultimately killed their family member(s) who fought in the war. Slavery may be minimized into a small reason for the conflict.


And the opposite for a family from the union states. They may look at slavery as being the key reason the war took place. Mix in states that didn’t even exist back then or weren’t directly involved and you get one complex issue with tons of side issues as well.


“Civil War (Or, Who Do We Think We Are)” is compelling from beginning to end. It will absolutely make you think, potentially make you angry, but ultimately it will force the viewer to reconsider their way of looking at the civil war.