AVAILABLE ON DIGITAL PLATFORMS ON JUNE 1 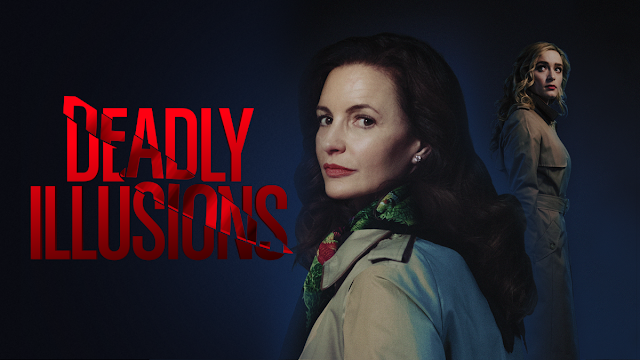 Mary (played by Kristin Davis) is a best selling author living a supposedly dream life with her husband and two children. When she is asked to write a new novel that she isn’t quite comfortable with, she encounters writer’s block, and at the suggestion of a friend - hires a nanny Grace (played by Greer Grammer) to help her with the children.


A relationship develops between Mary and Grace that is explored throughout the film and things take more than a few twists and turns.


What I liked about the film was that it not only held my interest but it kept me guessing as to what was really going on in the film. Is this real? Is this all a figment of Mary’s imagination (she is a writer after all)? The film allowed, again, the creative minded to fill in the gaps and it was almost like a choose your adventure type film (or book if you remember those).


Eroticism in film is always going to be subjective. What titliates one viewer may disgust the other. While the film definitely has the allure and the build up in certain scenes, director Anna Elizabeth James never goes into the flesh for flesh sakes arena. Instead, she handles the eroticism with restraint when needed but also lets the temperature rise as well. A very nice balance.

Greer Grammer absolutely shines in her role as Grace. Without any spoilers let’s just say her range is really something to behold in this film.


Kristin Davis is the savvy veteran on screen and makes the difficult look easy. It was also nice to see Dermot Mulroney as Mary’s husband.


If you’re the type of viewer that only notices plot holes but can’t fill them in on your own then this film will be a challenge for you in my opinion. For the rest of you, like myself, you’ll enjoy the deadly ride.

The film was released earlier this year via Netflix and is now heading to digital on June 1st.