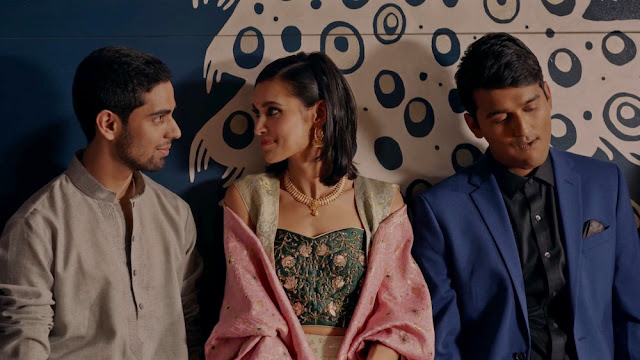 It was with great anticipation that I sat down and viewed the brand new film “India Sweets and Spices” from Geeta Malik. A coming of age story that many audience members will connect with, the movie explores class, age, and cultural differences with humor and drama.


I’ve had the privilege of speaking with many film industry folks over the last year or so via the livestream interviews for my media outlet. One item that has been brought up more than once, even as recently as last Friday, is the issue of representation.


What I’m getting at is I really want creatives to express themselves and their artistry as they see it, the stories they want to tell. Geeta Malik does just that.


It’s far too easy to nitpick and compare this film to other films that had strong diverse representation. I’ve already seen other reviews do just that and it tells me many in the media world have learned basically nothing in the last year.


A BIPOC woman in a CIS caucasian male dominated industry.


“India Sweets and Spices” is an entertaining film. But it also brings a different perspective to what some may see as another coming of age story. It’s so much more than that.


Sophia Ali is captivating throughout her performance. She is basically in every scene and the film rises or falls on her shoulders. And rise it does.


Manisha Koirala plays Sheila (Ali’s mom) and is a character you love to hate at the beginning of the film. But once her past is revealed (no spoilers here), and her character shift happens later in the film, she shows just how far her range goes as an actor.


Deepti Gupta (as Bhairavi Dutta) brings heart and warmth to the picture. Her character's working class background, honest and loving relationship with her husband and son, really bring the first half and the second half of the storyline together. In lesser hands, this character study could have also sunk the proverbial ship but in Ms. Gupta’s capable hands - the film only gets stronger and rises above the ordinary and ventures into the lands of greatness.


Do yourself a favor and check out this film. Watch it for what it is - but also watch it from the lens of the creatives involved with it - and perhaps you’ll applaud their efforts much like I did.