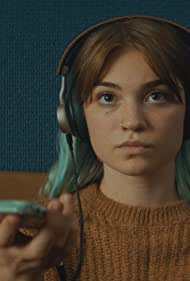 The world premiere of the film, “Poser'' was on June 10th at Tribeca. I was fortunate enough to see it once it debuted on Tribeca At Home - the virtual companion to this year’s 20th Tribeca festival.


The film is incredibly engaging. It’s been pitched as a indie music thriller about Lennon, a socially awkward young woman, that is infatuated with the indie music scene. She starts up a podcast and interviews the various artists that she sees around town.


Lennon starts a friendship with an indie pop duo Bobbi Kitten. It’s here that Lennon starts to find herself but at the same time, loses herself in a scene she thought she knew.


I don’t want to say much more than that.


Being a music nerd myself, and having worked in the media scene at shows for a number of years now, the subject matter was an instant plus for me. But that didn’t prepare me for the methodical and hypnotizing narrative that followed once I pushed play.


“Poser” in my eyes really isn’t a thriller at all. Yes, there’s an element of that genre but the film as a whole stands on it’s own legs just fine by being an indie music drama.


This film will find a home very soon, if it hasn’t already. Recommended.