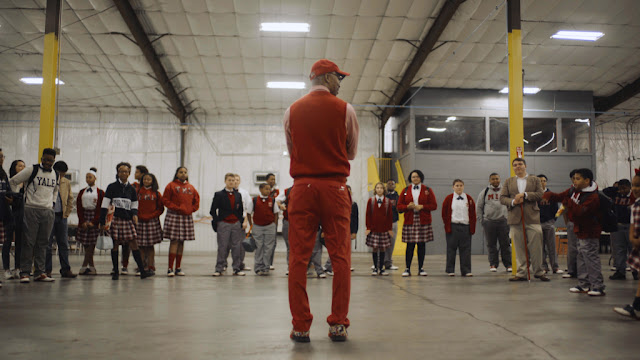 The new documentary “Accepted” was too good to be true. I’ll just leave it at that.


The film follows the controversial prep school T M Landry in Louisiana. A school that at one time had a 100% acceptance rate into college for it’s graduates. And as if that wasn’t enough, at least 30% of its graduates were getting accepted into ivy league universities.


The film is incredibly engrossing. As the story shifts and turns, it becomes apparent that, based on what is presented in the film (clearly there is much more to this story), those who suffered the most were the students.


It’s clear that when some young people are led by charismatic adult leaders, they will do almost anything they ask. They will get caught up in the proceedings and go along for the ride. It is not their fault.


The adults, however, have to check themselves.


The methods used by the prep school were unorthodox and that can be okay. But if all you're looking at is the end result, the path to get there will unfortunately be overlooked and therein lies the real issue here.


It seems the school had some ways of working and fostering the community that worked well with their students. It also appears that the “do whatever it takes to make it” approach backfired once the New York Times piece came out.


There are serious allegations against the school to the point where a federal investigation is still going on. And in one particular student case - a very serious issue was brought to the authorities.


“Accepted” as a film is a recommended viewing. After you finish it you will most definitely have an opinion about the school and what the film portrayed.


As for the school itself, it is still running today. For better. For worse.

Posted by Eclectic Arts at 2:25 PM