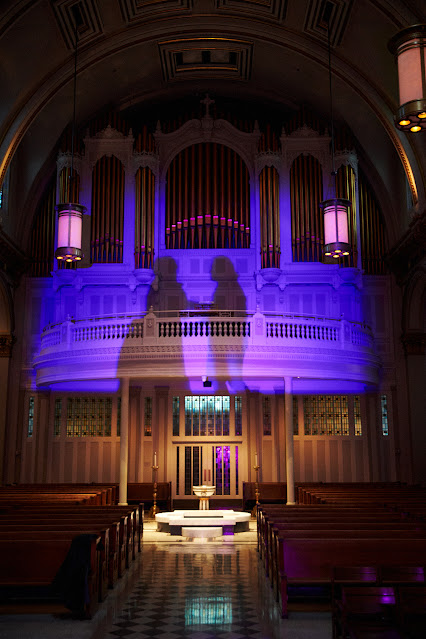 What can I say about this season for the Seattle Opera? It’s been filled with as many emotions as those that run throughout the final season ending digital performance of “Tosca”. Joy, sorrow, pain, suffering, resiliency, determination, and triumph all have a place at the table of this pandemic stricken season.


And yet the Seattle Opera has produced some of the most engaging content I’ve seen (or been a part of since I, too, have been riding the virtual wave with my own media work for the last year and some change).


It’s been a road of the familiar that eventually ventured into the new and intriguing. Of course I want to be back at McCaw Hall in-person but the feat the Seattle Opera has pulled off during this trying time has been nothing short of spectacular. 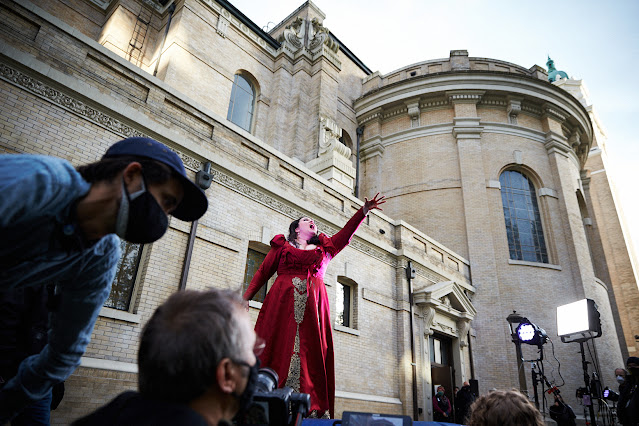 (Alexandra LoBianco (Tosca). Philip Newton photo)
Seeing a production of “Tosca” staged at an actual cathedral here in Seattle, WA is pure genius. Much like the production of “Flight” earlier this year, the onsite location for “Tosca” brings a whole other element to the proceedings.


The Seattle Opera really dug in deep and created a production worthy of the big screen. I love the fact that instead of scaling things back or taking the easier approach, the company grabbed the proverbial bull by the horns and just flat out went for it with this production.


The source material is already much beloved and strong as a rock. The foundation was already set for the company to tackle this opera in a new and unique way in 2021. 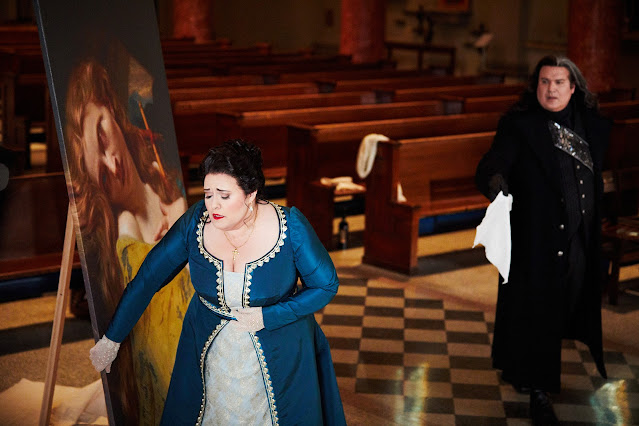 I’ve had the privilege to watch and review many live-streams over the last fifteen months. From basic one camera live-streams to multi camera, pre-recorded, gems - the artistic community around the globe has really stepped up to the pandemic plate and swung for the fences. Not every stream was a homerun but trust me - there were a few - and the Seattle Opera’s “Tosca” is one of them.


As the drama played out, and the songs echoed throughout the cathedral, there were moments I felt like I was watching a top notch Hollywood film. Tremendous thanks and well wishes to the entire artistic company for pulling this production off with an exclamation point to the season!


I can’t wait to see you all in-person in October 2021 at McCaw Hall. Until then - stay safe and enjoy “Tosca”.