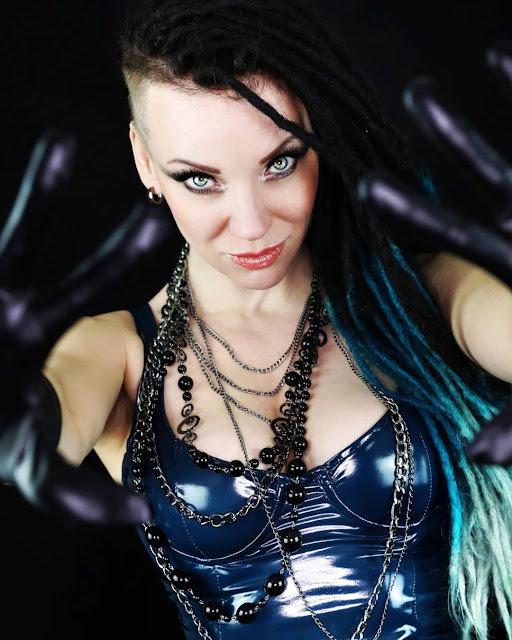 (All Photos:  (c) Michael Roob)
Greetings,
Elli Berlin from Null Positv fame has a solo release "Lieb Mich" coming out on June 18th, 2021.  Elli took a few minutes to catch us up on the new record.
Best,
Mark Sugiyama
Eclectic Arts
Connect with Eclectic Arts:  Social Media Links
* * *
Eclectic Arts:  Hi Elli. What prompted you to record and release a solo album?
Elli Berlin:  Since we can't tour at the moment, I just used the time to write new songs. In addition to a new record for Null Positiv, there is also an Elli Berlin production which is very valuable, especially in today's world. Many nibble on the circumstances, with existential fears, become depressed and all the more need their moments to look forward to, culture and hope. That's what I write for.


EA:  What was the timeline for writing the songs and recording them?

EB:  I did them as fast and as well as possible.  I was not under pressure because you can't force creativity.


EA:  How do the songs on your solo album differ from Null Positiv?

EB:  The Elli Berlin songs are a bit more rock compared to the typical Null Positiv metal sound. More singing with lyrics that are a bit more remote from this world and yet in keeping with the spirit of the times. There is even a little story about the titles in the booklet.


EA:  “Lieb Mich” was recently released as the first music video from the album. Where and when did you record the video? What is the story behind it?

EB:  We shot the video near Berlin at the beginning of the year. I came up with the text because I have a lot of fans who give me their love on Instagram and Facebook, sometimes as subordinates. I found that exciting! What motivates a person to want to be someone's slave? I asked and got an honest, poignant answer. From this came "Lieb Mich" 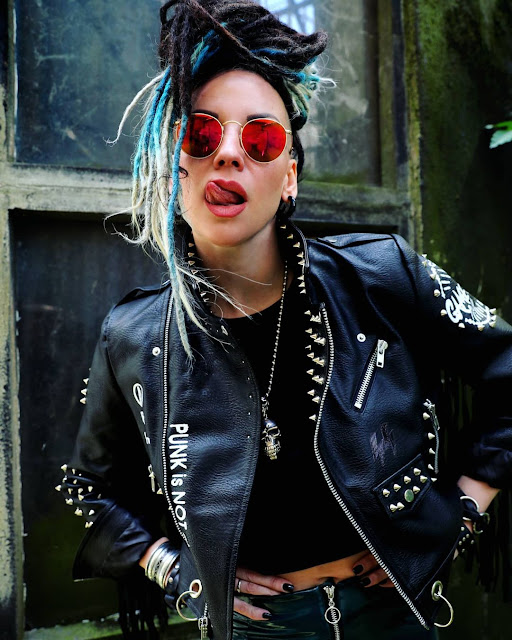 EA:  You’ve recorded a few solo covers in 2020. Was this one of the ways you stayed creative during the lockdown pandemic?

EB:  The lockdown made it very difficult for me to get together with my band and so I was still able to sing for my fans and keep myself alive.  I can't exist without singing ;-)


EA:  What takeaways have you learned from putting out your solo album (things you learned that went well or things you would do differently next time)?

EB:  Once again I am fortunate to have a another great, creative person in my life, Benjamin Schwenen. I produced these songs with him, which is a tremendous enrichment. What did I learn from it? Nothing I didn't know beforehand, but you are perfecting yourself from album to album. It would be bad if not. ;-)


EA:  What advice would you give a young aspiring musician?

EB:  Do!!! No excuses, no "I can't", no tomorrow, NOW !!! Have something to say, believe in yourself and do it! Of course there are a lot of bands and great artists out there but there is only you once. Invent yourself, find your uniqueness, and make it your strength! 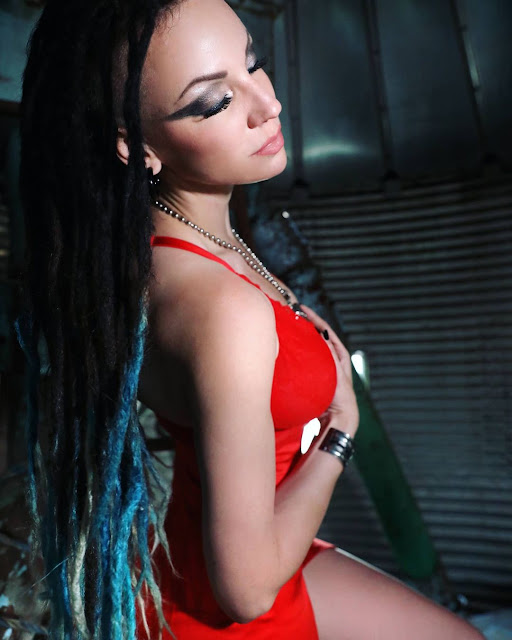 EA:  What’s coming up next? Will there be another music video? Any chance of any live shows or live-streams?

EB:  In any case, there will be more music videos. Of course I hope that it will start LIVE again soon. We plan and we will be there as soon as we can.


EA:  What do you think the future of music will look like in 2022 and beyond?

EB:  We are planning on a tour in May in 2022 and I hope the circumstances allow this to happen.  Thanks so much for the interview!
ELLI BERLIN OFFICIAL SITE
ELLI BERLIN "Lieb Mich" Official M/V
Posted by Eclectic Arts at 5:00 PM