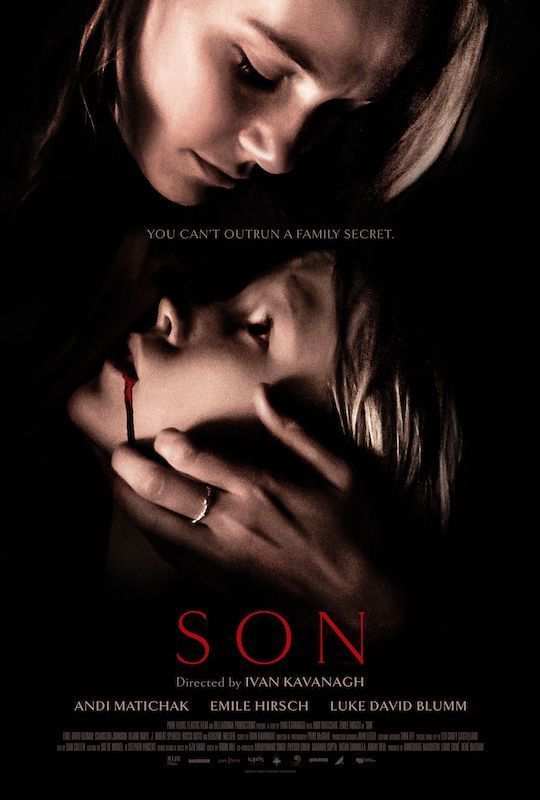 (RLJE Films)
Any time a horror film utilizes a child in it’s storyline, there is a fine line to walk. So many past horror films have used this tactic to great effect (The Omen and The Exorcist for example). However, it can also go into predictable territory if the director is not careful.


“Son” tells the story of a mother who gives birth to a child that she initially claims she doesn’t want. Fast forward some years and the mother and son are living in a nice suburban neighborhood. Everything seems normal.


One evening mom sees spirits in her son’s room. She gets the police involved but there are no traces of anyone having been in their home. At one point in the story, the son David ends up in the hospital. The doctors can’t explain what’s wrong with him.

Mom then takes David away as she believes spirits are after her child.


Overall, however, the finale leaves a lot to be desired. While there will be no spoilers here I felt the ending let down the rest of the film that had preceded it. A reshoot of the ending would have lifted this film from average to great.