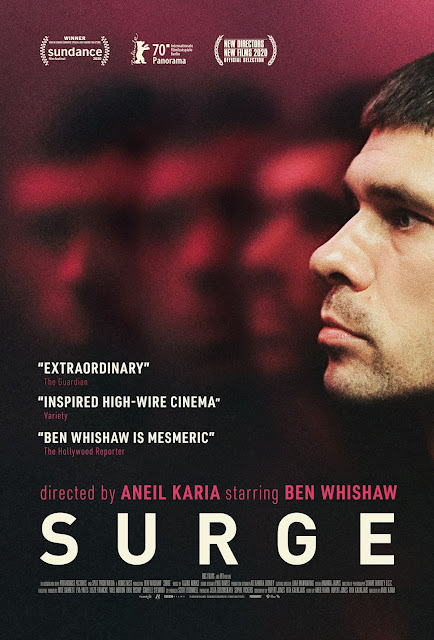 The new film “Surge” is a dark and disturbing look at the breakdown of the human psyche. Ben Whishaw gives new meaning to the term method acting as he takes the audience on a journey into madness.


Joseph (Ben Whishaw) works at an airport as a screening agent. His parents are emotionally unattached to him and his life seems to be going nowhere. The layers of nothingness just keep adding up to an eventual boiling point.


We’ve all been there. That one day when you get up and you just know it’s going to be one of “those” days. For Joseph his whole life is one of those days.


“Surge” is an emotionally compelling drama that lives and dies on it’s lead actor. Ben Whishaw is absolutely mesmerizing in the lead role of Joseph. The depths he had to go to to portray Joseph is astonishing to watch.