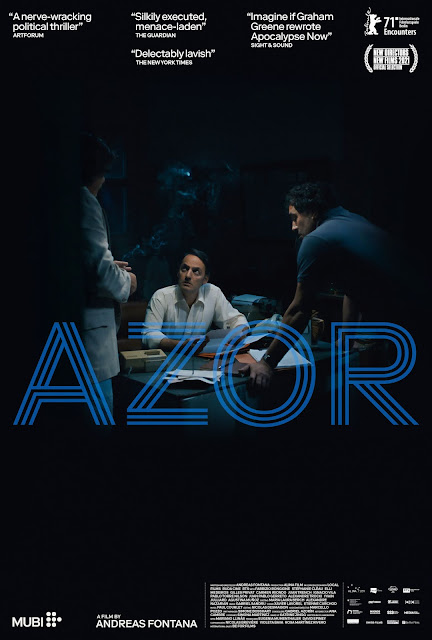 The new film “Azor” is a political thriller based in Argentina in the 1970’s. The plot revolves around a private Swiss banker Yvan (Fabrizio Rongione) and his partner who has mysteriously disappeared.


The film takes it’s time setting up the plot, the characters, and eventually the finale.


Fabrizio Rongione was a delight to watch throughout the film. His portrayal of Yvan was both nuanced and sophisticated.


The plot as a whole though started to wear thin for me as the movie plodded along. The pacing never really picked up. I thought with all the clues being dropped throughout the first part of the movie, the second act would have picked up the pace a bit. But, it didn’t.


“Azor” was an interesting film but it seems like the director (first timer Andreas Fontana) was still finding his way throughout the filmmaking process. It was a good, solid, directorial debut that really could have been great.