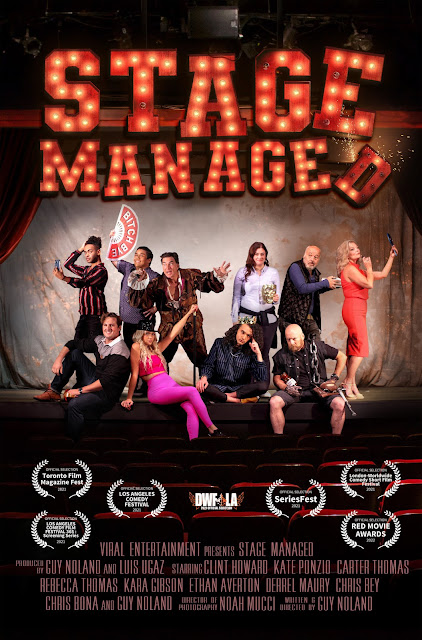 The new TV pilot mockumentary “Stage Managed” is a funny look at a theatre company at the end of their rope. They’re given one last chance to stage a successful production of “My Fair Lady” (which becomes “My Fair Lassy”) before the plug gets pulled on the theatre company.


The pilot sets up the open call process, the behind the scenes drama, and what could happen if the pilot is picked up for a season of episodes.


There could be much to explore if a distributor/studio/company decides to greenlight “Stage Managed” for more episodes. The whole process of getting “My Fair Lassy” ready for opening night could take either several episodes or the entire season with the actual opening being the season finale.


I liked what I saw and I hope someone out there does the right thing and picks this pilot up!