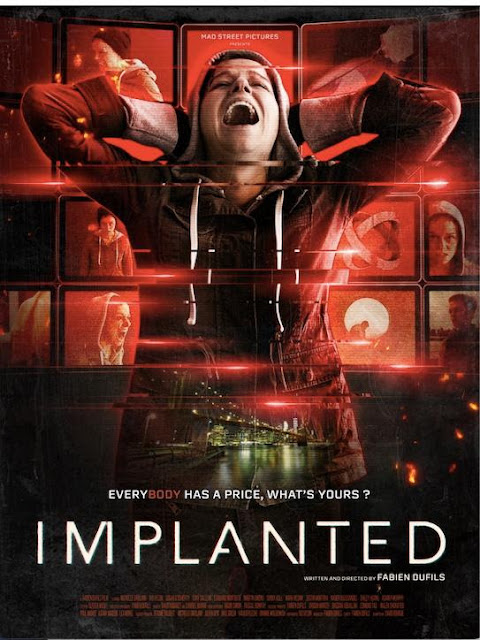 The new film “Implanted” is a science fiction thriller that is tied close to modern day as it takes place only a few years after the COVID-19 pandemic. For those that love alien worlds and spaceships exploring new galaxies, this isn’t that type of science fiction film.


What “Implanted” is though is an interesting character study pulled off masterfully by lead actor Michelle Girolami. Her character Sarah is implanted with a nanochip that is designed with artificial intelligence to ward off any disease or illness at inception. But things go awry and the A.I. ends up malfunctioning and taking Sarah on a wild roller coaster ride of deception and murder.

“Implanted” really lives or dies on the Sarah character. She is in basically every scene and any emotional weight for the viewers comes from the circumstances Sarah finds herself in. Fortunately, Michelle Girolami rises to the challenge of playing Sarah. And she does it with refined detail in her choices as an actor. In some ways, I almost wish there were no other characters in the film so that nothing would take away from her performance.


The film is not without its flaws, one of which is the acting of some (not all) of the support players. The special effects worked for the most part, especially the taking over of Sarah early on in the film.


Overall, “Implanted” was an interesting take on the future of artificial intelligence - but the main reason to watch it is for the performance of Michelle Girolami. I hope this is the start of an amazing feature film career for her.