OPENING IN SELECT THEATERS AND ON DEMAND EVERYWHERE ON SEPTEMBER 17 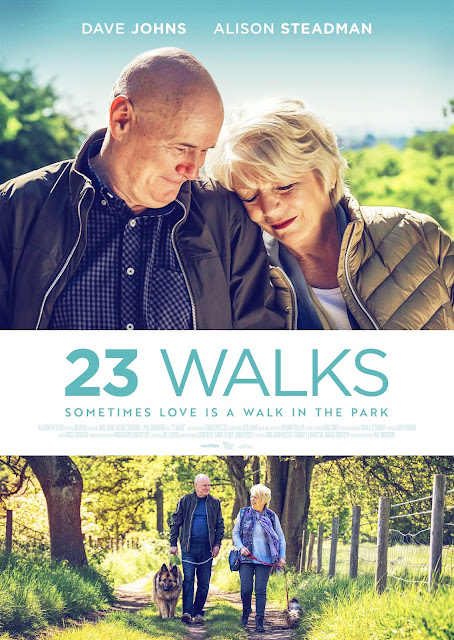 The new film “23 Walks” is somewhat of a rarity these days in cinema where the lead characters are seniors. It’s often been said that Hollywood/filmdom around the world dismiss their actors over 40 (particularly women) so it’s refreshing to see a film where the characters have more to offer than the typical adults.


Over the course of 23 walks in the dog park, Dave and Fern meet each other and slowly strike up a friendship. Their families are explored as well as their family secrets. But it’s pure day to day drama, nothing over the top or outlandish. They explore being more than friends but things go awry with no spoilers here.


I enjoyed the interplay between Dave and Fern, played by Dave Johns and Alison Steadman respectively. Being the lead actors, they have to carry the film and they carry it in fine fashion.


“23 Walks” may not be the most original film but it certainly is enjoyable and I hope more films utilize the talents of our veteran actors in the future.