Lady Of The Manor


“Available in Select Theaters, on Digital and On Demand September 17th! Available on Blu-ray and DVD September 21st!” 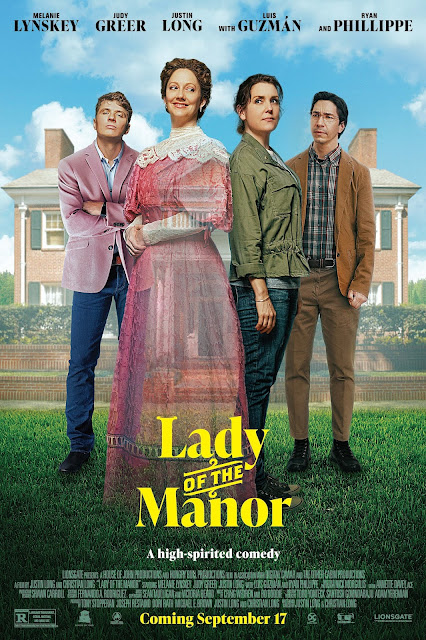 The new comedy film “Lady Of The Manor” has one thing going for it - the performance of the lead actor Melanie Lynskey. She is funny, quirky, and engaging. Luckily she is in nearly every scene in the movie. Without her presence on screen, there wouldn’t be much to write about.


Hannah (Melanie Lynskey) is hired to portray Lady Wadsworth - an aristocrat who once lived in the home that Hannah is now giving tours in. Hannah is a stoner and a mess so the tours don’t exactly go as the heirs wanted them to. The ghost of Lady Wadsworth herself (played by Judy Greer) teaches Hannah how to be more like her. 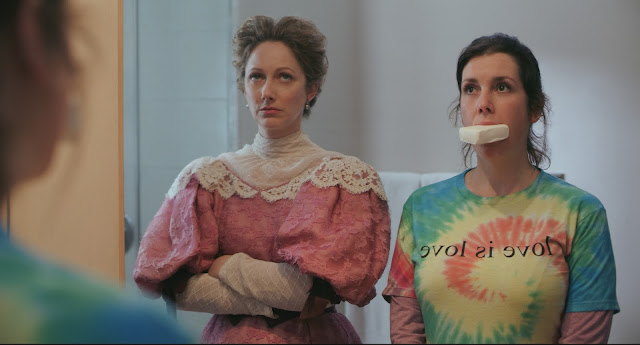 ((L-R) Judy Greer as Lady Wadsworth and Melanie Lynskey as Hannah in the comedy film, LADY OF THE MANOR, a Lionsgate release. Photo courtesy of Lionsgate.)
The film goes back and forth with the initial fish out of water concept, then the we’re friends concept, and ends with the we're buddies now concept.