MAN IN THE FIELD: THE LIFE AND ART OF JIM DENEVAN Film Review September 23, 2021 Eclectic Arts


Man In The Field: The Life and Art of Jim Denevan 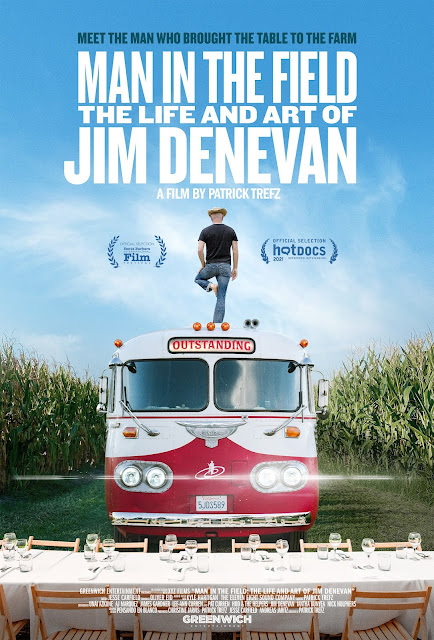 The new film “Man In The Field: The Life and Art of Jim Denevan” is a fascinating look at an artist, a chef/foodie, and someone that has battled mental illness for a lifetime.


The documentary explores the art of Jim Denevan - which he has also incorporated into his lavish one of a kind dinners. Farm to table is an old food concept nowadays but Jim was creating farm to table in the (literal) field to really take the concept to new heights. Picture eating the most local of ingredients literally in a field where it was grown, only to find out the table and the surroundings are a part of a larger piece of art only visible from an aerial view. This gives you just a bit of an idea of the level of genius we're talking about here.


Jim has also struggled with mental health which runs in his family. He speaks about it candidly and it really adds another dimension to an already compelling figure on film.