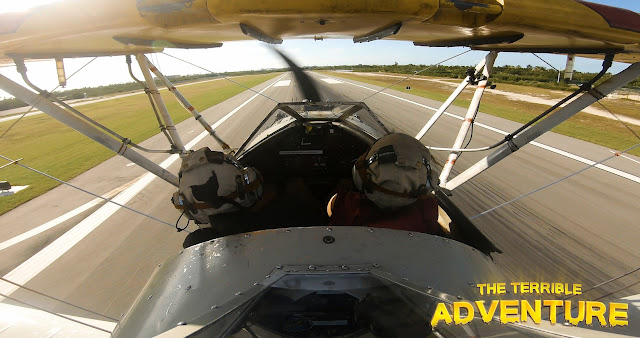 I honestly can’t remember the last time I watched or reviewed a film considered a family film. I certainly saw my share growing up though and recall the elements that made me enjoy them as a child. Over the top characters, comedy, adventure, and things I liked at the time (skateboards, bikes, food, etc) all could win me over if done properly.


“The Terrible Adventure” is from director Kel Thompson. Olivia and Jackson (his children) star in this zany film. The kids attempt to win a contest with a prize of one million dollars to help their parents who are going through a divorce. The contest focuses on global climate issues but a pair of ice cream men attempt to spoil the proceedings.


The film uses several locations in Florida which gives it a much higher budget look than the bottom line probably was for an independent film. Olivia and Jackson are likeable and the ice cream men are over the top as needed in this type of film.


Would kids like this film? Most likely, yes. Will their parents? If they like family films in general, they’ll probably be entertained. This could fit the bill for a family movie night for sure.