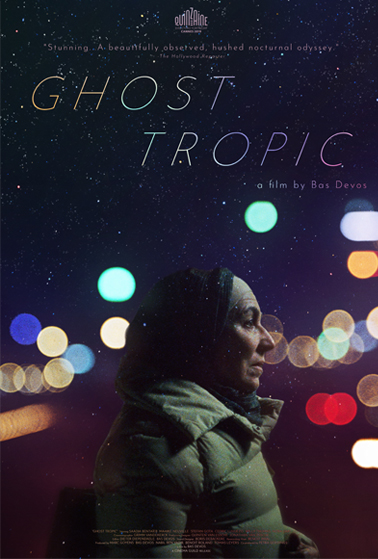 (All assets courtesy of The Cinema Guild)

As a country filled with immigrants from all over the world, whether first generation or several generations, the U.S. has its own story regarding the history of immigration. In Bas Devos’ “Ghost Tropic” - the story revolves around the country of Belgium.


Khadija (played by Saadia Bentaïeb) is an immigrant woman that takes the subway after a long day at work. She falls asleep on the metro and wakes up at the end of the line late at night, far from her home.


She can’t reach anyone by phone to pick her up (daughter or son), so she embarks on a journey back home on foot. Along the way she encounters a security guard - who lets her into the mall to get cash to take a taxi home (insufficient funds), a midnight bus that is out of service, and several people along the way. 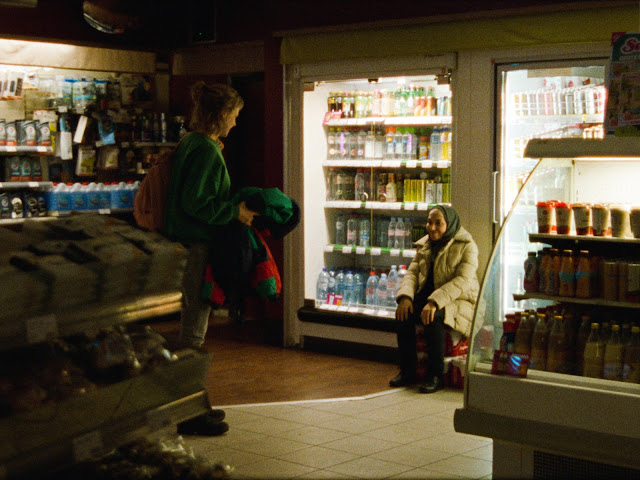 The film immerses the viewer in Khadija’s world quickly. From the slow time lapse opening scene in her home to the long shots on the subway, the story is told many times without dialogue or quick edits. The minutes feel long as the audience walks along the streets with Khadija. When she helps a homeless man and his dog, we feel the cold all around them. We feel her concern for tying the dog up overnight as well.


The interaction between the police, a gas station attendant, and a night nurse all echo what many of us are going through right now with the worldwide pandemic/lockdown. Missing human contact on a regular basis, we reach out to those we normally may have dismissed. 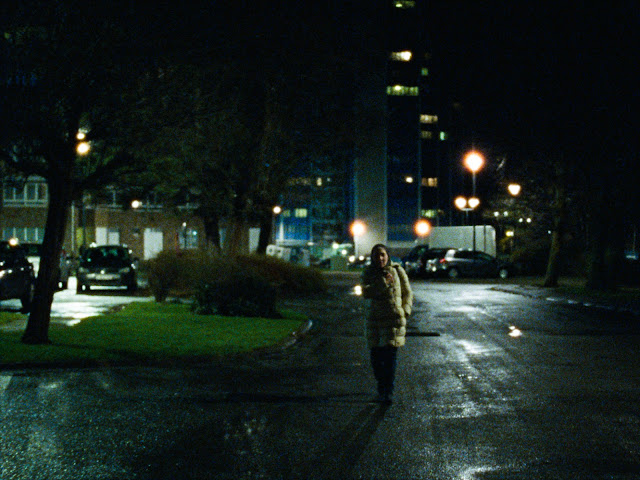 Saadia Bentaïeb as Khadija does a magnificent job of portraying this unassuming lead character that shows the world through her unique eyes. The day to day grind that is apparent on her face, the disappointment and concern over her daughter, her husband’s passing, all those years are evident every time she is on screen.


“Ghost Tropic” is an interesting look at immigrants in Belgium but the story is really universal.