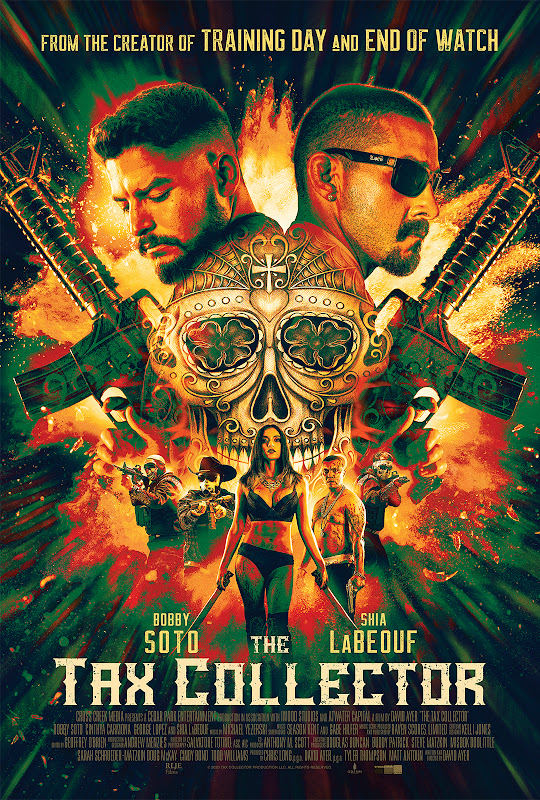 I worked with what would be considered urban youth, street gang youth, etc. and their families for over ten years. So, when films depict the gangster life from the street, I’m always curious as to what they show and how right or wrong they get it.


“The Tax Collector” goes for more of the Hollywood version of gang families. The money, the influence, the power, and the consequences of course. Director David Ayer (writer of “Training Day”) knows how to write the subject matter but as a director his storytelling was up and down. (L-R) Shia LaBeouf as Creeper and Bobby Soto as David in the action / thrillerTHE TAX COLLECTOR,an RLJE Films release. Photo courtesy of Justin Lubin)
Bobby Soto plays David as the central character - a “tax collector” - who collects protection money from the local gangs for his big homie shot calling relative The Wizard who is locked up in prison (Jimmy Smits). Shia LaBeouf is the enforcer who works for the family. David’s uncle (played by George Lopez) is also in on the family business.


The first half of “The Tax Collector” is rather mundane. I think at least one action scene was needed here to hit home just how seriously deep David and his family are in the gang life. But in the second half a strong and dangerous protagonist is introduced and everything becomes a blood bath.


The action scenes in the second half are worth the price of admission. They are brutal, scary, and entertaining in this type of film. There is no mercy from either side of the fight and the film depicts just that. 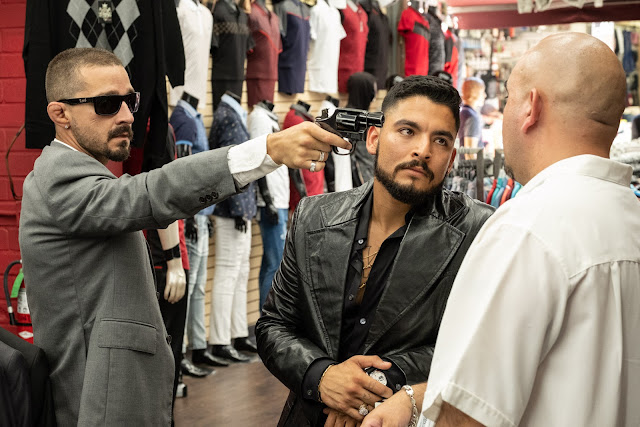 ((L-R) Shia LaBeouf as Creeper and Bobby Soto as Davidin the action / thrillerTHE TAX COLLECTOR,an RLJE Films release. Photo courtesy of Justin Lubin.)
I enjoyed Bobby Soto’s performance. I think he was cast perfectly as the lead. Shia LaBeouf does well as the enforcer but at times his character of “the Creeper” seemed a little out of place. I think if they had given Shia more to work with to develop some more layers to his character, things would have worked better.


Cinthya Carmona as Alexis Cuevas was a great addition to the cast. As David’s wife, she works in the family business but also knows that their immediate family of four is what comes first. She was very believable as a mom, wife, and someone stuck in the middle of the gang world.