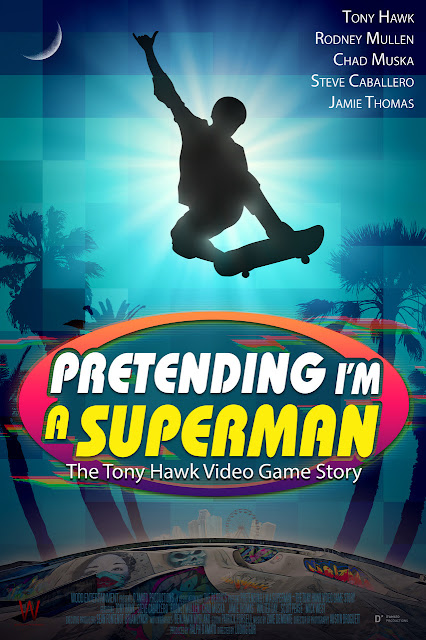 I owned a skateboard during the initial wave back in the late 70’s/early 80’s. I wasn’t very good at it at all. I had an Atari 2600 back in the day as well. It was fun but I never got hooked into the newer systems that eventually came out. So, would someone with my background enjoy this documentary about the video game series - Tony Hawk Pro Skater? Yes, absolutely.


The documentary gives some skateboarding background prior to the video game craze of the 90’s that continues today in 2020. There are multiple interviews with other professional skateboarders, including Tony himself.


The insight into the early days of skateboarding, the vertical craze, and then the street craze was interesting and definitely captured the human interest element for me. If you’re into anything that is considered non mainstream (music such as metal, punk, even rap) then you know that skateboarding was also initially underground and not mainstream in any way.


As it’s popularity grew, it always went in waves. Skateboarding would be the in thing one year, out of fashion the next. But when Activision worked with Tony Hawk on a skateboarding game, the popularity of that game spilled over into the skateboarding world and the mainstream world.


For some this became a bit of an issue - the “selling out” of skateboarding. Bands face it all the time - when they go from underground to mainstream. As one musician put it - if it’s good, it won’t stay underground for long.


The massive success of the video game series early on cemented Tony Hawk’s monetary peace of mind and kept skateboarding relevant for many years to come.


“Pretending I’m A Superman - The Tony Hawk Video Game Story” is a compelling documentary, whether you skate or play video games or not. I wish the film was a bit longer as I felt they could have delved more into the impact of the video game on the fans around the world. They touched on it but they kept most of the interviews with the skaters and the developers of the game.


There are sports where certain figures become the face of the sport - even if you don’t know the sport. Tony Hawk is synonymous with skateboarding. And for good reason. This documentary shows just one aspect of why he is the skateboarding icon that he is.