SPREE is available in select theaters, drive-ins, on demand and digital August 14th. 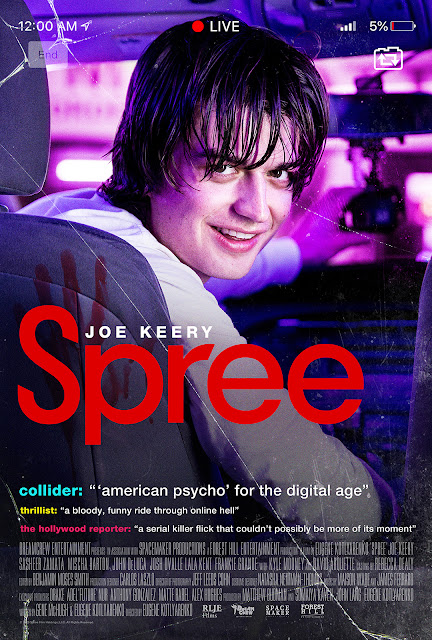 (All Assets Courtesy of RLJE Entertainment.)


I have a love hate relationship with social media. It is a tool that every media member must use these days to keep up with the ever changing entertainment landscape. On a personal level it can be quite beneficial to keep in contact with family and friends who live elsewhere. One can interact with artists directly which in my day was unheard of. So, there are definitely positives about social media.


The film, “Spree” takes a look at the negatives - in a very exaggerated way. Joe Keery (Stranger Things) plays Kurt from @KurtsWorld96. He has been putting content online for years with little success in developing a following like some of his favorite social media personalities. 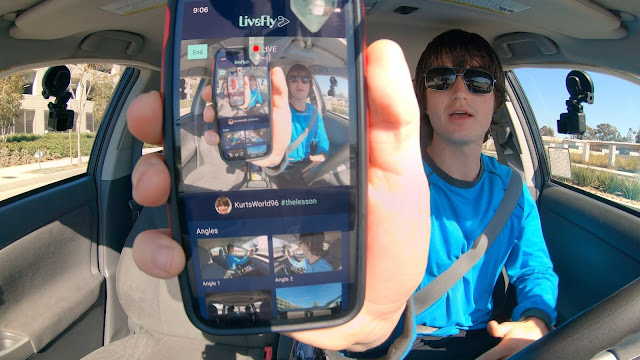 (Joe Keery as Kurt Kunkle in the thriller SPREE,an RLJE Films release. Photo courtesy of RLJE Films.)
Kurt is a rideshare driver for Spree. He uses his job as a means to create content that he hopes will gain him followers on his socials. He will go to any means necessary to wow the audience and watch the numbers grow on his social media accounts.


Without giving too much away, “Spree” is perfect for anyone that utilizes social media to the extent that Kurt does. If you go “live” on Instagram or Facebook on a regular basis, then you’ll relate to the often bizarre world of social media, followers, and the need to stay a step ahead to keep your monetized following.


At times, “Spree” becomes almost like a documentary gone wrong as it is shot in a style that utilizes layovers on the lens to replicate mobile phone usage, social media platform usage, etc. Joe Keery is compelling as Kurt. The viewer feels sympathy for Kurt and would like to see him succeed but once he takes it too far, then everyone realizes just how far gone Kurt is. 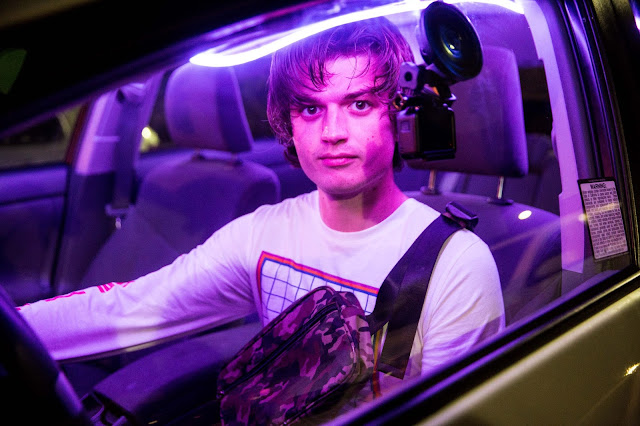 (Joe Keery as Kurt Kunklein the thriller SPREE,an RLJE Films release. Photo courtesy of RLJE Films.)
I myself have been overly active on social media during the pandemic due to some opportunities that came my way. So, watching “Spree” made me laugh at times because it was too relatable. But, again, once the story took a dark horrific turn, that’s when the similarities ended.


“Spree” was an entertaining ride through the current state of the social media world.