Below is the written interview that I was working on before I was invited on the virtual tour with AL1CE. She’s since been on the show three times. Get to know her better in written form - here’s Paper Nova singer Christy Anna Wu! 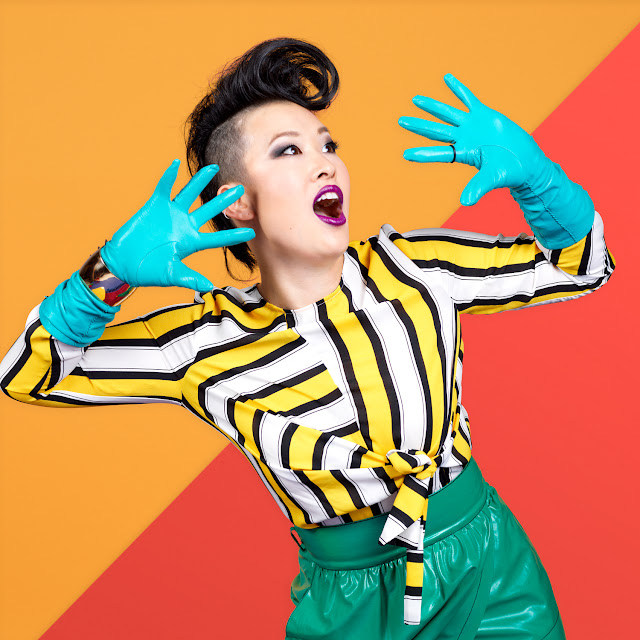 (All Images and Assets Provided by Christy Anna Wu)
Eclectic Arts: Hi Christy Anna! How are you doing during this worldwide pandemic?

Christy Anna Wu: Hi Mark, thanks for having me! It’s been interesting following the many artists who’ve had to change their plans; it’s oftentimes relatable and inspirational. The pandemic hasn’t left me unscathed either. With each day, I’ve been trying to heal and re-discover creative routines, which I’ve been woefully lacking.

EA: Tell me about your background please. Where were you born, raised, school, early music involvement, etc,

CAW: I was born in South Seattle, raised in a suburb (Federal Way, WA), and attended the local grade schools there. I grew up learning classical piano since I was 6, and dabbled in the school orchestra as a violinist. I was used to recitals and talent shows, but that didn’t stop me from having sweaty-palms/heart-racing stagefright. Classical music and some oldies were all I knew up until my friends introduced me to basic mainstream music. I remember making a conscious effort to record songs off the radio on my cassette tapes, so that I could introduce myself to the different styles and branch out.

EA: I know you have your hands in many different artistic endeavors. Musician with Paper Nova, artist with Caveglow, movie set designer, screenwriter, producer, and director, etc. What started first? How do you balance all of these projects? What projects are your priority right now? Tell me everything.

CAW: Looking back, it was a solid mix of music, drawing, and writing. I enjoyed all three equally. I always rotated through the trifecta in my early years between the rest of my studies and activities. I do believe one of my early dreams at the time was to become a horror/thriller writer.

As I progressed through school, one of my weaknesses was in public speaking. To help combat that, I joined Speech & Debate in high school and participated in both dramatic and debate categories. I would say that those experiences significantly helped my articulation. I also gained an appreciation for those in performance arts.

Over the years, I felt inspired and compelled to bring the arts together. A great format for that is through filmmaking, which includes screenwriting, visual aesthetic, music, and performance -- storytelling through many mediums.

I find that each medium helps to inform and support each other. When I’m drawing, I’m feeling and listening to music. When I’m writing, I read my work outloud for flow and rhythm. When I watch a movie, I’m engrossed by the details, such as the sets and costuming.

It’s difficult to juggle multiple projects at a time. I’m limited by … well, time, skill, and oftentimes finances. I spend most of my off-hours working on art, so I guess you could still say I’m always on. It’s very exhausting. Music is fairly regimented in that we (used to) practice once a week and schedule gigs in advance. For film, after I’ve done a sprint (say I work on set every weekend for three weekends), I need to take a break or else burn out. Everything else like writing or visual art fills in the gaps if I have the energy for it. What keeps me going is the ultimate satisfaction of being creative.

And with each project, I hope to enjoy the process more as I drive it to completion. So what am I prioritizing right now? Currently, I’m working on my first feature-length screenplay. In parallel, I’m trying to navigate film festivals for my first short film, “Alvin”. In addition, I’ve been more experimental with music since we are unable to practice as a band right now. 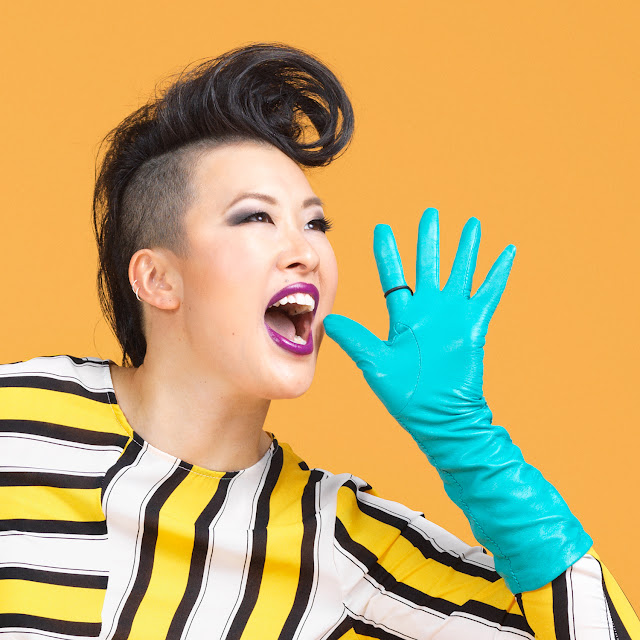 EA: How is the music community in your area? Is it a supportive network of artists? Are there a lot of places to play music or show independent films (pre-pandemic)?

CAW: In Seattle, I would say the music community is mid-sized. We’re big and small enough to where certain touring acts will or won’t visit during a certain leg. And we have a ton of local musicians. Groups of musicians will get to know each other and build each other up as they gain a footing in the music industry. There are pockets of other musicians who tend to feel more comfortable within their smaller circles and local venues. I would say that the overall community is very supportive of new or veteran artists.

Unfortunately, we have a limited selection of venues for both music and film. I truly miss The Mix that used to be in Georgetown, and I just heard about Cinerama shutting down. It takes incredible dedication to break into either scene here. For music, if you don’t put yourself out there 3-5 times a week, people will hardly know who you are. For indie film, it’s all about connections.

EA: What have been some of the toughest parts of being a musician? Ditto a filmmaker, an artist, etc. Do your endeavors pay the bills or do you have a day job as well?

CAW: The toughest part of being a musician is that it’s secondary. Same thing with being a filmmaker. It’s difficult to find enough work full-time as an artist to pay the bills. We’ve made a little cash from certain gigs but it’s nowhere near enough to pay our expenses, especially in Greater Seattle. I work a day job to help fuel my artistic endeavors -- so do my bandmates. But we’re usually tapped out by the end of the day and put our outlets on the backburner. It’s a catch 22. 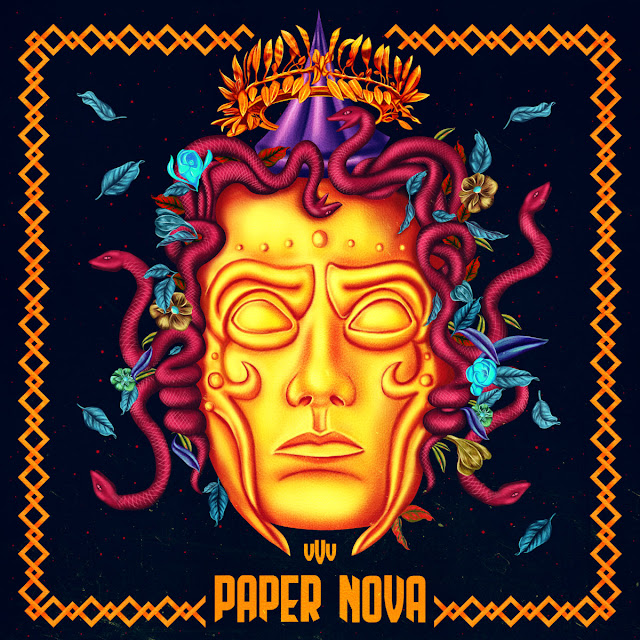 CAW: I agree that there is a lack of BIPOC artists in the public eye. We certainly have supportive diasporas here and there, but it has been uncommon or uncomfortable to promote diversity for the sake of diversity. I’ve seen line-ups that are very homogenous. I’ve seen local shorts that frankly were racist or played to stereotypes. And this isn’t just locally, it’s internationally. With the recent turn of events, more of the disparities have been brought to light, and I think that’s a good thing. When we can clearly identify issues and maintain awareness, we can work to address them, even if progress is slow.

EA: Staying on the topic, how about female representation in the arts. What are your thoughts?

CAW: In relation to the previous question, I’ve seen gigs call for women musicians or crew, where the original poster was roasted for discriminating against men. I think that we are starting to see more women in male-dominated fields, but again, the percentage is disproportionate depending on the role. There’s even a smaller percentage of BIPOC women as well as non-binary people being represented. We often encounter bias and miss out on opportunities.

EA: When you look back on your artistic creations (all of them), what stands out - good and bad?

CAW: For one, I’m really proud of our latest EP, “V.V.V.” because it carries a different sort of energy than our previous EPs. This was recorded pre-pandemic and embodied more empowering and hopeful times. I still am proud of our other music though, as those were quite introspective. For another, I’ll mention “Alvin” again, because that was a culmination of a lot of emotions and experiences that were realized by professional cast and crew members. It was cathartic to produce that movie and nerve-wracking at the same time.

I won’t go too far into bad creations, but it’s usually when we’re underprepared. I tend to hide those from my online portfolio, haha. But, we’ve got to learn somehow right?

EA: Where do you see yourself in five years from now?

CAW: I’d ideally like to be surrounded by creativity and art. I want to work with all creatives whether they’re musicians, photographers, writers, choreographers, etc. I would hope that in five years, I will have had the opportunity to produce and release a feature film, release at least two music albums, and have a plethora of collaborations under my belt.

CAW: Thank you again for asking these great questions. It’s helped to remind me of my trajectory -- that wherever I went, creativity was there to nurture my soul.
"ALVIN" OFFICIAL TRAILER
CAW PORTFOLIO
PAPER NOVA on BANDCAMP
PAPER NOVA "VVV" on SPOTIFY