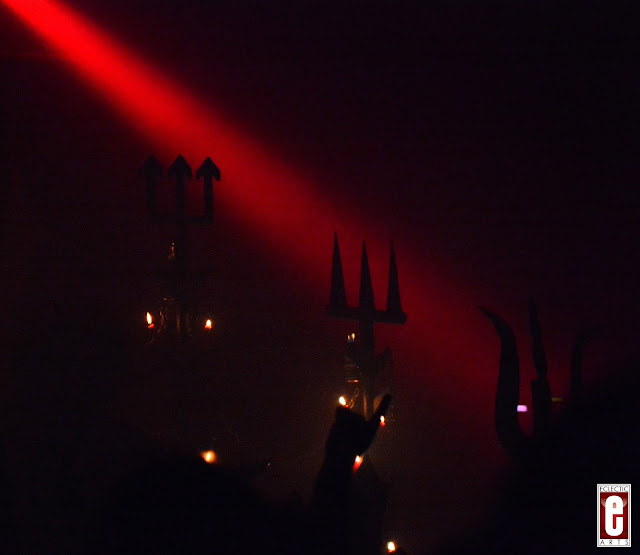 Opening the show was the Swedish death metal band Degial. The four-piece played a chaotic death-black hybrid of metal - leaning more toward the death side of things. Watain has been picking respected underground metal acts for this tour to open various cities (Revenge and Ares Kingdom are two others notable acts). Degial's wall of metal got things going in the right direction.

Australia's Destroyer 666 are veterans of the metal underground. KK Warslut (guitar/vocals) being the lone original member. Many at Studio Seven were there to see Destroyer 666 play their brand of black n thrash n roll. No bullshit metal Destroyer 666 ripped through their set with power and might. The only downside was that the set seemed way too short (45-minutes).

With the stage bathed in red with the usual tridents all over the stage as well as animal skulls and other assorted items, Sweden's Watain took to the stage and blasted through their twelve-song set. Bathing the audience in blood from his chalice, Erik and company played a lot of songs off the newest album, "Trident Wolf Eclipse". Their sound has evolved over the years - from black metal to more of a black-death metal hybrid at times. The Studio Seven crowd was massively appreciative of the set Watain put on.

The three-band bill with no local openers was strong - no weak links. The crowd was contained to the floor of Studio Seven (the balcony was closed) so it seemed like there was a lot of fans there (compared to when the balcony is open and the crowd is both upstairs and downstairs).

Watain left their trident mark on Seattle. They're heading down the coast on this run - catch them if you dare.

Special Thanks: Kelly for the credentials. Studio Seven staff for being cool about the guest list issue. Much appreciated! 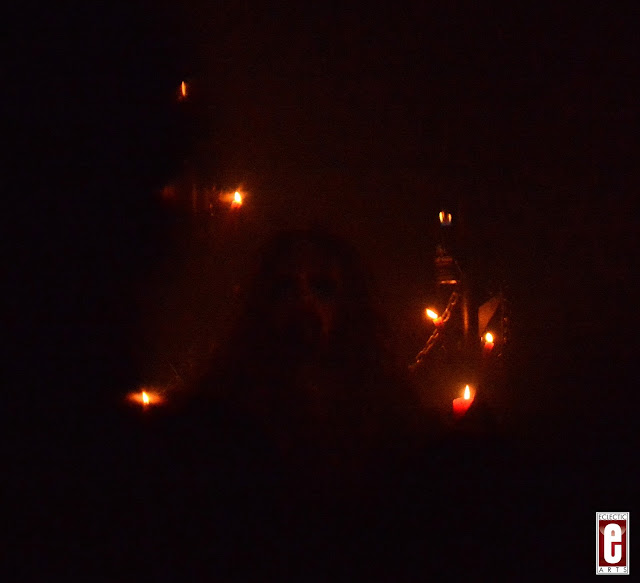 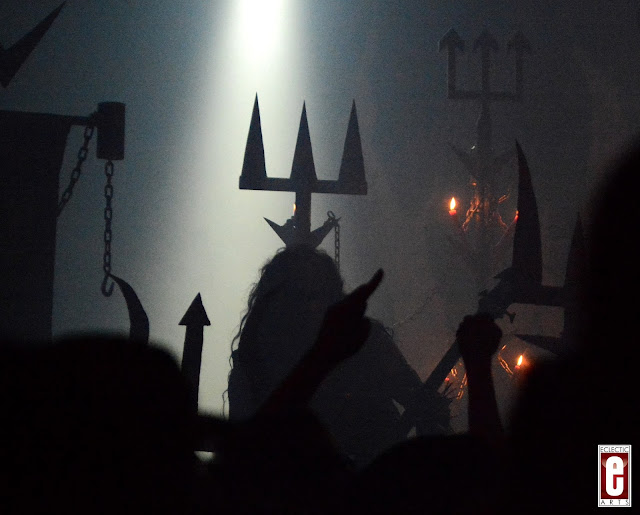 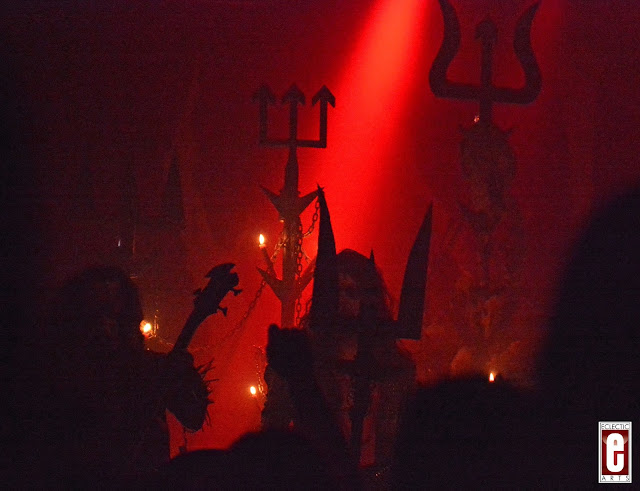 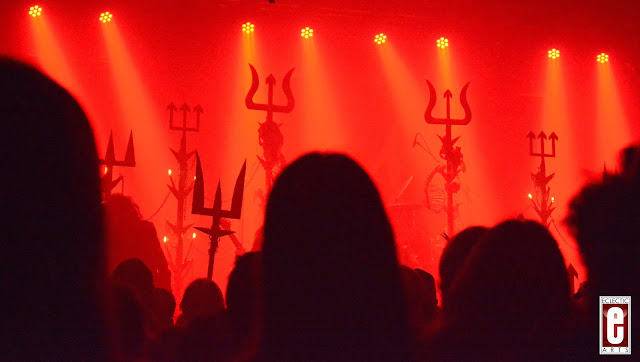