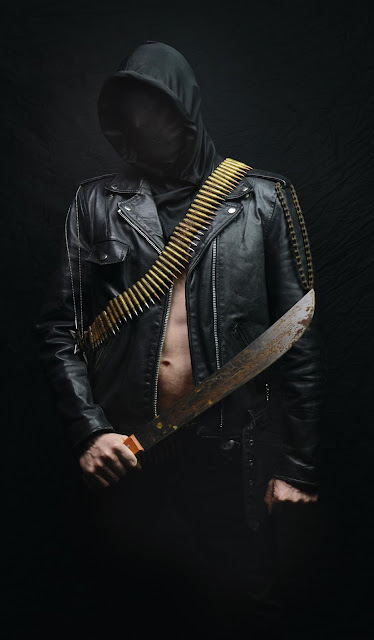 
Midnight invade the West Coast in May with Bat! Check out this interview with Athenar conducted in March 2018.

Eclectic Arts: Greetings Athenar! How are things back in the mid west?

Athenar: Things are fantabulous. A bit of snow but I wish it was colder to go ice skating! ha!

EA: I saw you guys on last year's Decibel Tour in March here in Seattle. You guys blasted the shit out of the Neptune Theater and made a lot of new fans. How was the tour over all when you look back on it?

A: That was a cool theatre, great smell! The tour was a lot of fun and did good for me personally just getting out there and doin it ya know!

EA: You will be doing a west coast tour in the spring with HHR label mates Bat. How did this tour come about and what can the fans expect when they see you?

A: I've known ryan from bat for about a decade now and he suggested we go out and do some fuckin gigs so I took him up on the suggestion. I would think people can expect loud noises, hot cramped uncomfortable situations, groping, yelling and grunting for no real good reason - stuff like that.

EA: Midnight has always been your band - writing and recording the songs yourself. Will this continue with future releases or will you record with other members (like those that your with you)?

A: Well you can't really predict the future but i'd say things will probably stay the same. writing and recording is my funtime hobby that keeps me mentally in check. Touring is also a good thing because commador vanik and secret steel are incredible musicians and sweet bros. to boot!

EA: The underground metal scene has changed, as has the music industry over the years - especially when things went digital (MP3) and now streaming. What do you see as positives (if any) of what the underground and the industry are like now compared to the old days when you had to work to find your music?

A: I'm trying to adjust to the modern world! I don't have a smartphone or mp3 or whatever it is that your supposed to listen to music on now but I do understand it's a different time and some things change for some people. me, not so much for now.

A: There's not much past the year 1990. Yeah there's plenty of non-metal, mostly non-metal. That's something i may do in the future is a talk show or music show where you jam some records of non-metal that metalheads would like. For a quick example: Graham Central Station- Earthquake. Check it out!

EA: There are more and more underground bands wearing large hoods or masks that cover their identities. Why did you choose to do this back in the day with Midnight?

A: It was an easy way to have an identity without having an identity. Also it worked for the mentors so what the hell?!

EA: Of the instruments played on the various Midnight recordings (guitar, bass, drums, vocals), which do you consider your main instrument? What's your background on said instrument (how long have you been playing, did you take lessons, etc)?

A: Bass was the one I started on first because of Gene Simmons and Steve Harris. Then after a year or 2 I started to play guitar because it was better to make up tunes on. I wanted to play drums as a kid but it was too much noise for around the house.

EA: Do you make a living from Midnight or do you have a day job that pays the bills?

A: I guess I could make a living at it if I enjoyed living in squalor and eating nothing but macaroni and cheese but i do have an additional job as well. It's at an irish restaurant called McDonalds. Ever hear of it?

EA: What's one of the best bands you've heard recently that Midnight fans should check out?

A: Current heavy metal? I'd say the Hammr lp is really darn good.

EA: What's one of the most underrated bands in music?

A: Starz. Great 70's poppish/hm/hr. They really get overlooked because their records aren't really rare, you seem ‘em in the dollar bin all the time. So do yourself a favor and pick up coliseum rock or the self titled one next time you see it in the buck bin.

EA: What's one of the most overrated bands in music?

A: Overrated? There's plenty of bands that are popular that I don't like but that's just a matter of opinion. I won't name any names so nobody gets butthurt!

EA: What was the last concert you attended as a fan?

A: I saw Y&T last week. They're always awesome. Bummer that 75 percent of the orig band is not with us anymore. But Dave Meniketti stills tears it up! Weird story: the son of orig Y&T bass player Phil Kennemore emailed me a few years back just to see if we were gonna be playing the west coast anytime soon. I saw the last name Kennemore in his email address and half jokingly asked if he was related to Phil from Y&T? He said yeah that was his dad. I couldn't believe it! I told him sorry to hear of his dad’s passing and let him know Y&T was one of the first bands i got into as a kid. Small world!

EA: What does the future hold for Midnight?

A: Who the fuck knows?! If i'm alive and well I'll probably doing something!


MIDNIGHT on BANDCAMP
MIDNIGHT at HELLSHEADBANGERS 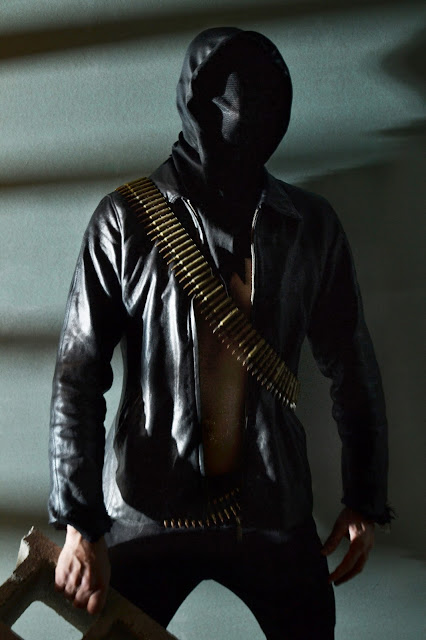