DIRKSCHNEIDER Back To The Roots II Tour! Seattle Date on 3/19/18!

Last year Dirkschneider was forced to cancel their show in Seattle due to the pass at Snoqualmie being closed for more than a day. But as luck would have it they have rescheduled their show for March 19th 2018 at the same venue - El Corazon!

More information is below:

In addition to their still ongoing successful "Back To The Roots" Tour, DIRKSCHNEIDER will release "LIVE – Back To The Roots - Accepted!" on August 4th (EU) / August 25th(USA) as DVD/2CD, BluRay/2CD and Gtf. Triple Vinyl in two different colors.

After putting out the live double CD last year, fans were asking for a visual output, so finally, in December 2016, the show in Brno (Czech Republic) was recorded for that purpose. Besides many classics from Udo Dirkscheider's Accept era, there's a cover version of Frank Sinatra's "My Way" as bonus track on the CD and Vinyl.

The singer with the charismatic voice had his musical breakthrough with ACCEPT in the early 80s. "It’s still so much fun to sing these songs live, they are a part of my biography, but nevertheless it’s about time to turn that page. There was so much talking and speculations about me and ACCEPT, so this is kind of a musical statement from my end – which seems to be very interesting for the fans who came to these shows“.

After the triumph all over the world in 2016, including tours in Israel and Japan, summer festivals and live shows in the US, Russia and Europe, DIRKSCHNEIDER continues touring in 2017 and 2018.

From Oct 2017 on, DIRKSCHNEIDER will tour with an almost completely NEW setlist. Of course, it will still contain only Accept hits, but this time with many different songs compared to the last tours. 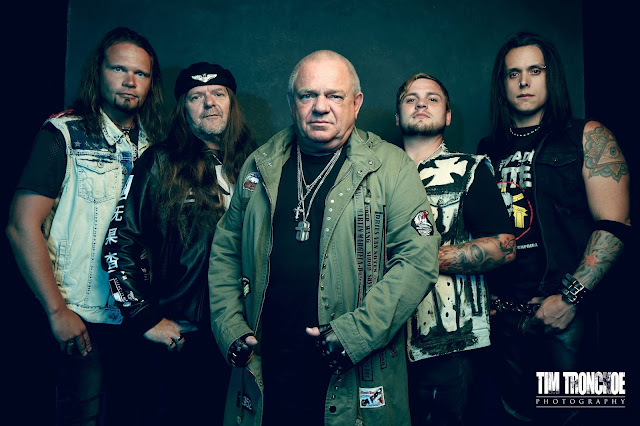