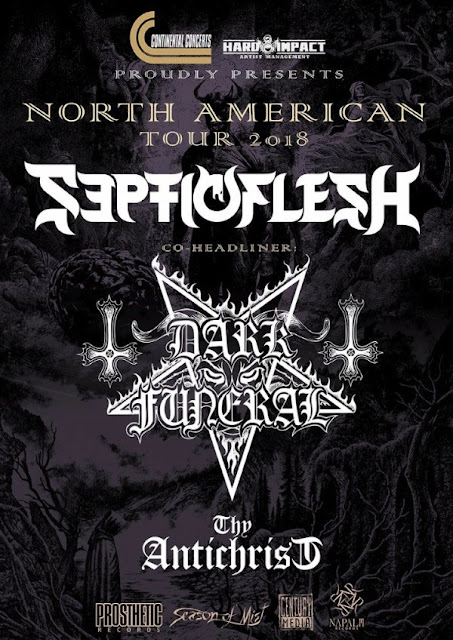 It's been quite some time since I've seen the Swedish black metal band Dark Funeral.  I think 2002 to be exact.  The band has toured the US since then but not for the last five years or so.

It was with great anticipation when the tour announcement was made that Dark Funeral along with Thy Antichrist and Septic Flesh would be touring the US!  "Where Shadows Forever Reign" came out in 2016 and I kept seeing notices about "Shadows Over Europe" and "Shadows Over (insert country)".  I kept waiting for a North America or US announcement.  When it finally happened I, along with a horde of other fans, was ready and waiting.

Thy Antichrist from the US started the night off with a blistering set of black metal hell.  The five-piece didn't have much stage room to work with but they made the most of it.  Corpse paint, leather, spikes, skulls, you get the idea.  The guys showed prowess on their instruments as well as a ferocious attack.  Thy Antichrist is out on the road supporting their latest release, "Wrath Of The Beast".  They are slugging it out, driving town to town, in a passenger van - logging in some major mileage but they are getting in front of the exact crowd they need - black and extreme metal fans.  Great set by these guys!

I first bought "Secret of the Black Arts" a year or so after it came out.  I was a little late to the game so to speak on Dark Funeral back in the 90's.  Their brand of Swedish black metal is of the no keyboards, no bull shit school of black metal.  They have gone through several lineup changes over the years but Lord Ahriman continues to lead the band.

The five-piece took the stage at Studio Seven and the place erupted!  "Unchain My Soul" has been the starting song for most, if not all, of the shows since the new album came out.  It perfectly sets things up with the opening notes and spoken word intro before blasting into the black metal we all know and love from Dark Funeral.

Playing around 12 songs that spanned their career, "Hail Murder", "Open The Gates" from the EP, and, "Secrets of the Black Arts" were amazing to hear live again!  The new tracks fit right in with the vintage tracks.  And I say vintage as Dark Funeral has been churning out the Satanic hymns for 25 years.  Can you believe it?  The band has stood the test of time - and they are one of the veteran black metal acts.  When you see Dark Funeral, you know what you're going to get - a blistering set of dark, evil, Satanic themed black metal.

The most pit was crazy Tuesday night as were the stage divers - something I personally haven't seen at Studio Seven before.  They even have signs posted not to stage dive but at least four people did (and a few were shoved off the stage by Heljarmadr).

The tour is going better than expected which is great news for US fans.  Hopefully Dark Funeral will be back to the US again sooner rather than later.  Hails!

Special Thanks:  Jenny and Katy for the credentials - I really appreciate it!  Also, thanks to Lord Ahriman and Bryce for reaching out about the interview!  Hails! 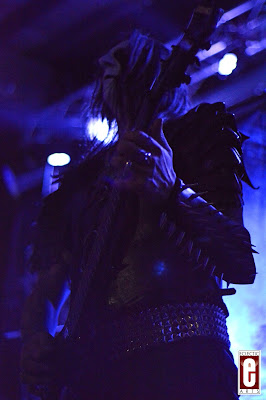 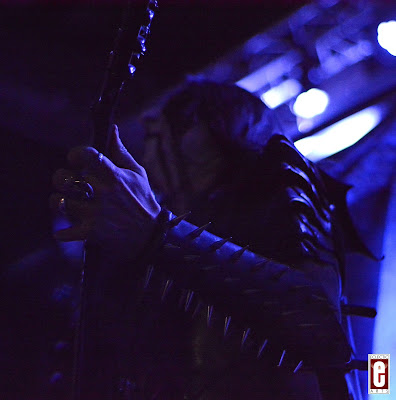 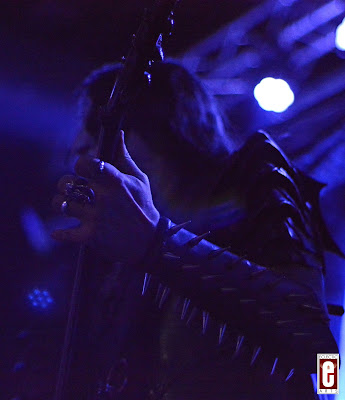 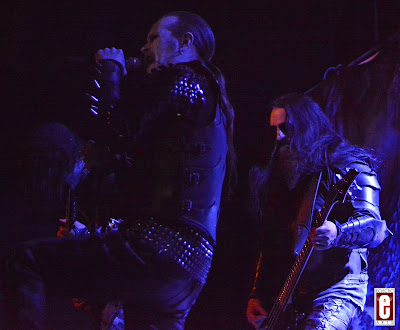 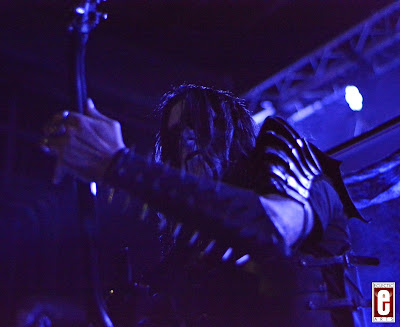 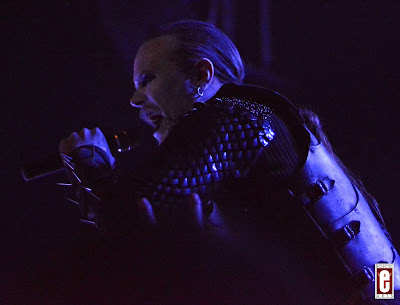 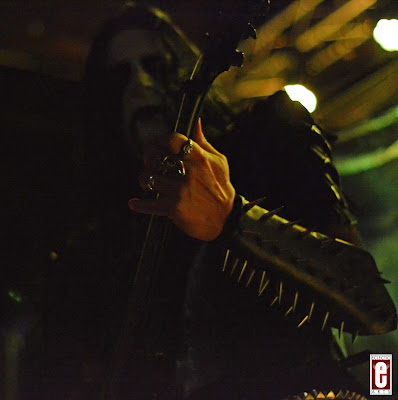 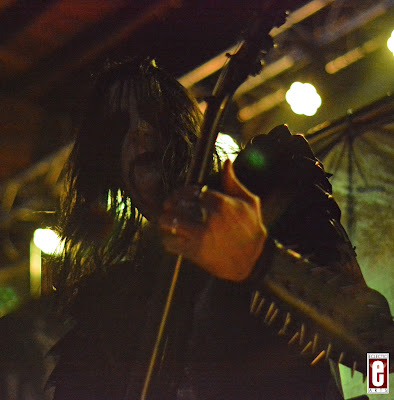 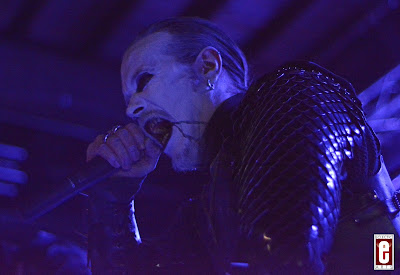 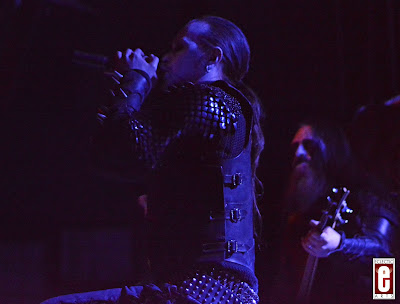 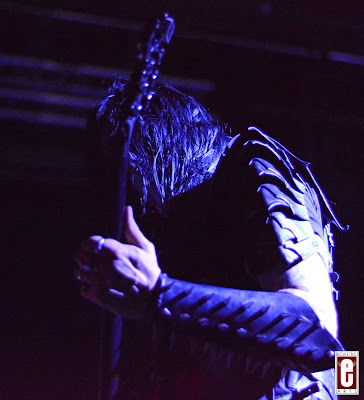 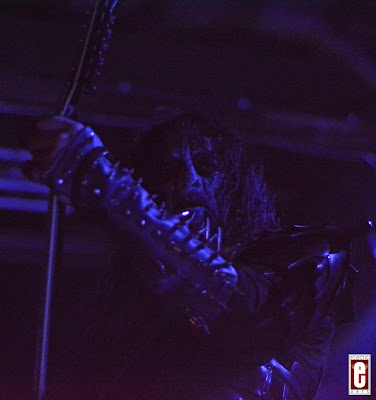 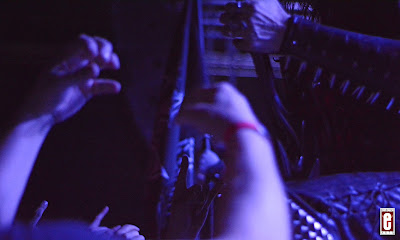 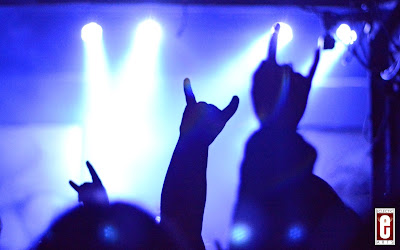 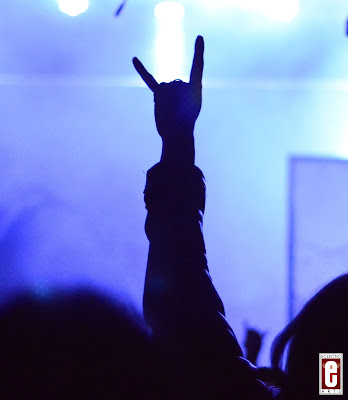 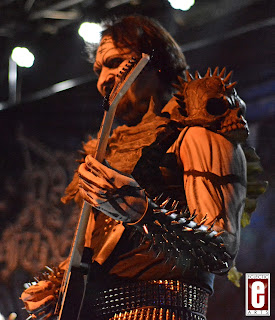 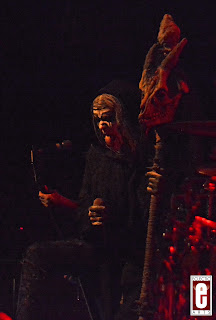 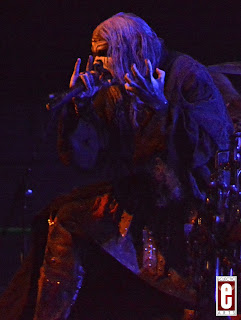 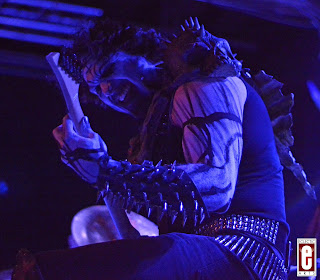 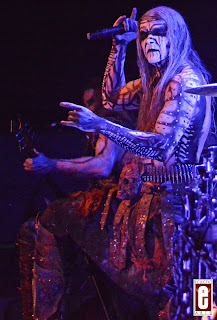 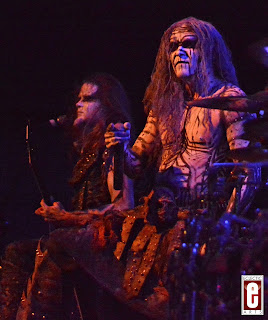 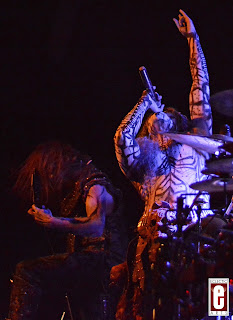 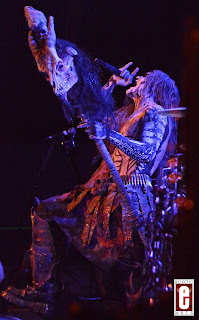 Posted by Eclectic Arts at 4:17 PM