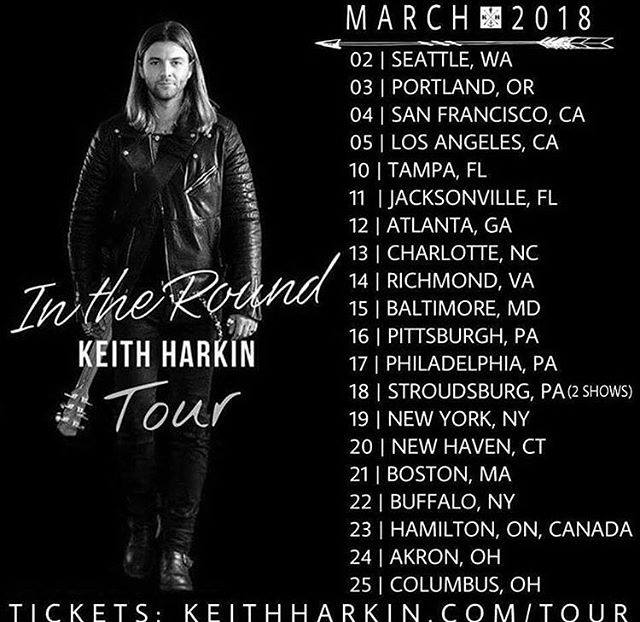 Eclectic Arts has been extremely busy with concert coverage this week.  Five shows in six days starting last Sunday.  This is not the norm for what I do but when I was invited to check out Keith Harkin at a venue I had not been to previously, I gladly accepted.

I wasn't the only person that walked into the coffee shop area of the Taproot Theater with a somewhat confused look on their face.  You see the theater is split into two distinct rooms - the Jewel Box Theater (where a performance was starting at 8pm) and the Isaac Theater, which is where Keith was performing.  They must be used to this by now as they had signs in the windows of the main lobby pointing toward the Isaac Studio side of things.  Ditto when I left - there were Keith Harkin and arrows pointing east signs.  There was also a mix up about the doors/start time.  I believe tickets said 7pm and I messaged the theater and was told 6:30 doors approximately and 7pm show.  Things didn't get rolling until past 7:30pm.

I arrived plenty early so I could figure out parking and such (but I do know that area due to Naked City Brewing - hi Don!).  As I entered the coffee shop area, merch was being set up with only a few fans waiting nearby.  Eventually more fans showed up - some of which knew each other (probably from going to other Keith Harkin shows and/or fan groups online).  The VIP folks went in first as they had first pick of the general admission seats.  Then everyone else was let in to snag a spot.  Keith mentioned during his show there were just over 80 people at the show on Friday night.

Performing solo, with acoustic guitar, and pedal station (including a looper that he used effectively during much of his set), Keith came out and welcomed the crowd as he sat down and got situated.  Direct, funny, and good naturedly snarky, Keith performed a set of songs that he felt like playing that night.  Even though he had a set list in front of him, it sounded like he only uses that as a guide for the set, changing things as he sees fit.

He performed a few songs that were aired for the first time Friday night.  He also has some songs that he is ready to record for his next album - whenever he finds the time as he is on the road for most of the year he said.

A cover of Van Morrison's, "Moondance" was played as well as a cover of Fleetwood Mac's, "Dreams" at the end of the set.  "Last Man Standing" was a standout track to these ears.

Keith talked in-between songs and consistently re-tuned his guitar (either the cold weather was messing with his strings or possibly he had just re-strung the guitar before the gig as the guitar wasn't staying in tune for more than a song at a time it seemed).  He's a storyteller songwriter.  He sings with passion and has quite the vocal range, too.  His guitar skills are not simply three or four chord accompaniment but a more well rounded approach, which I really appreciated.  His use of a looping station enhanced his songs when needed, as did a percussion kick drum pad he would step on to keep time and add emphasis.

Check him out when he comes to your town - and bring a friend or three.  You'll be glad you did!

Special Thanks:  Melissa for the invite - I really appreciate it!  Thank you! 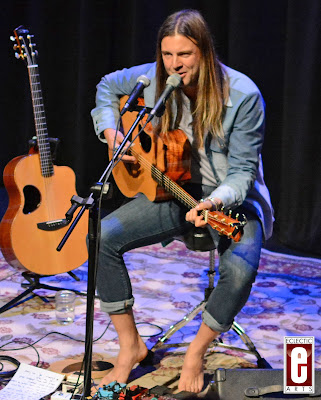 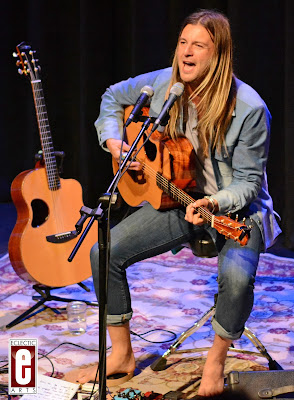 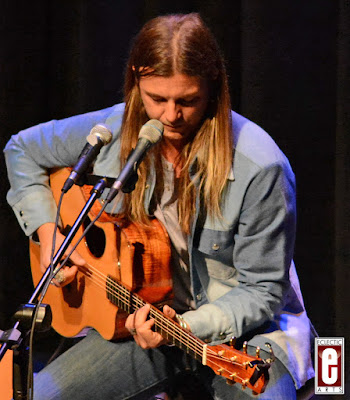 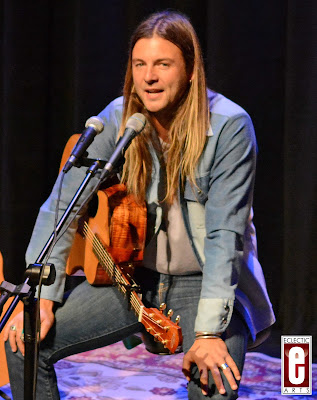 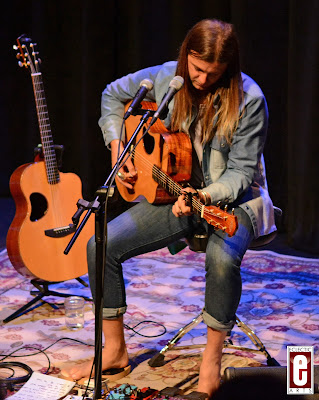 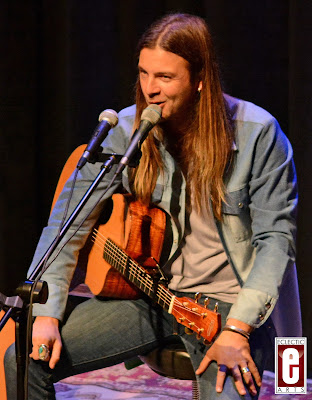 Posted by Eclectic Arts at 4:59 PM