THE SOAPGIRLS - Shut Up and Listen February 26, 2021 Eclectic Arts


The SoapGirls - Shut Up and Listen 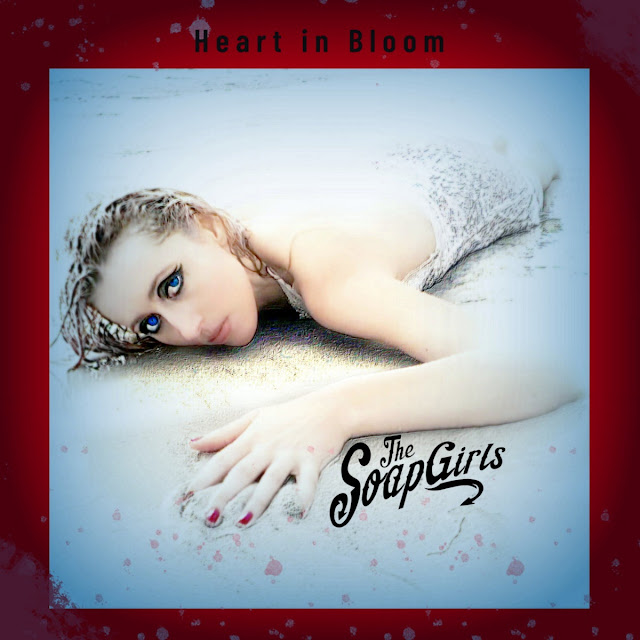 Never judge a book by its cover, right? We’ve all heard that phrase over the years. In the case of the South African band, The SoapGirls, it is beyond true.


At first glance the casual viewer will see two twenty-something blonde haired, model-esque, women dressed in colorful outfits, sometimes with upper bodies exposed and/or body painted and their bottoms hanging out in thongs or even tape.


If a listener stumbles upon the band for the first time, without seeing them, they will be treated to a sonic barrage of revolt rock n roll. A mixture of punk, rock, pop, and anything else the band organically includes in their songs, the listener will hear a trio of instruments (guitar, bass, drums) along with vocals from the sisters Camille and Noemie.


Between the casual viewer and the new listener, one might think they know what The SoapGirls are all about. But you’d be as wrong as I am young in years.


Having gained their namesake as youngsters selling bars of soap for charity in South Africa, and bullied for it I might add by kids and adults alike, there is a uniqueness to the band that comes from the obstacles they have had to overcome.


Both Millie and Mie are complex yet simple people. They are caring, empathetic, and beyond driven to bring positivity to the world in any way that they can. When a new obstacle is put in their way, they take a quick breath and then tackle it like only they know how. This is most certainly a trait their manager (and mom) Sam instilled in them at an early age.


They will not take kindly to negativity, put downs, bullying, or victimization of others - human and animal alike. They will not sit idly by while things go on that they do not agree with. They will use their voice to call out those who use their positions in society to censor and attack freedom in all its forms.


The SoapGirls are quite frankly being who they authentically are as human beings. They have always been performers and they have always marched to the beat of their own drum. I can’t think of any other band before or since their inception that are like them. And that’s saying a lot.


Fiercely independent (after an early experience with a major label that tried to mold them into a cookie cutter product), the band has been touring the UK and Europe extensively for over five years. Then the lockdown happened in 2020. 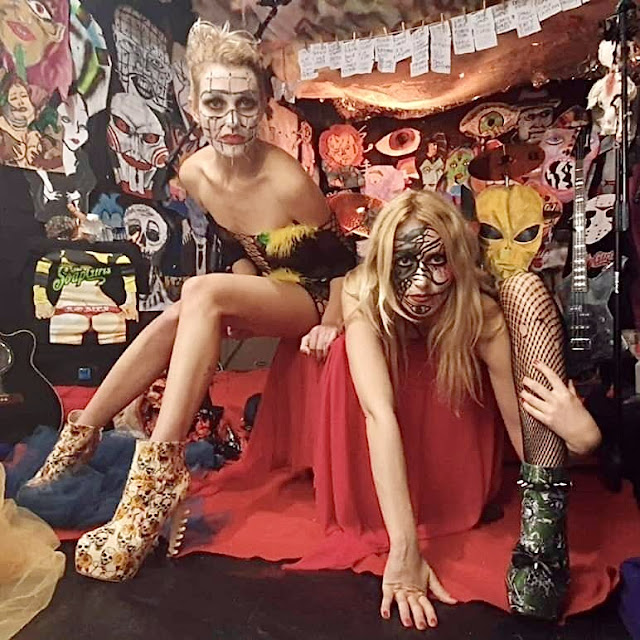 While many other artists were resting on their laurels (note I said many not all), The SoapGirls went virtual. Thursday’s, Friday’s, and Saturday’s they perform live themed shows. These are not short promo sets - these are full sets of music, with skits and banter mixed in every night. And the themes constantly change to keep things fresh and interesting. Why stop there - they added acoustic sets on Monday’s and virtual chats on Wednesday’s (while watching a previous live set from one social media platform and aired on another).


You read that right - five nights they are engaging their rabid fan base and gaining new fans in the process.


Oh, and if you want to shoot the band a question or comment - you can do so at the end of every fucking live-stream show live! How cool is that? The only thing cooler would be a worldwide Zoom session if Zoom could handle triple digit participants at the same time (which it can’t).


The band is well over the 100 show mark and will hit 200 shows before you know it. Quite the feat considering all the work that goes into the sets, the themes, the makeup, the art, the - well you get the idea.


Did I mention the power blackouts (some planned, some not)? Or the authorities being contacted by the neighbors (lockdown has things quiet from 9pm to 6am or thereabouts)? Or the government censoring the shit out of the band when they speak up about issues they care about? Or social media platforms choking their reach with shadowbans or even plain removal of their page without warning? This is only a tiny fraction of the obstacles this band has faced recently and yet they soldier on like the magnificent warriors they are.


Do you believe in artistic freedom? Do you believe in freedom, period? If you said yes to either of those questions then you already align your thinking with The SoapGirls. They are as real as real can be and they could use your support.


They deserve your support.


What are you waiting for? Fuck the struggle - the fight is real. And The SoapGirls are leading the charge. So look in the mirror, ask yourself what you believe in, bring your authentic self to the party, and join the fucking revolution!