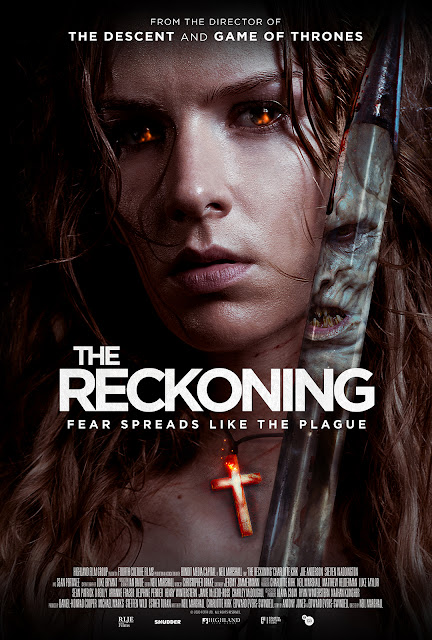 The Great Plague of 1665 also created the now infamous witch trials of the same era. Thousands of women were killed who were accused of being witches.


“The Reckoning” tells the tale of Grace Haverstock (Charlotte Kirk) who must deal with the world after her husband passes. Alone with her infant daughter, Grace is accused of being a witch. Judge Moorcroft, one of the most well known witch-hunters, is brought in to get a confession out of Grace by any means necessary.


The film was co-written by director Neil Marshall, Charlotte Kirk, and Edward Evers-Swindell. The story really becomes a mix of witchcraft and horror but also the empowerment of women. Director Neil Marshall could have easily slipped into familiar territory with this concept but instead took the film in a much desired direction where Grace is a character the audience can empathize with.

Of course there are parallels to what’s been going on in the world in recent times which is really a sad statement. When thousands of women were accused (and eventually killed) for ridiculous reasons centuries ago, here we are in 2021 and we haven’t really come that far, have we?


“The Reckoning” is a well done film that offers more than meets the eye. Recommended.