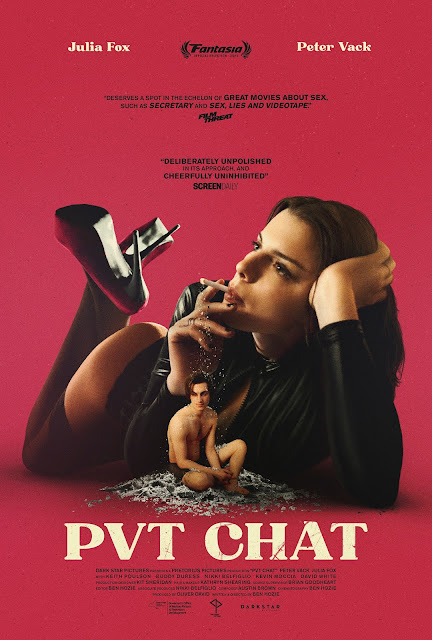 Every now and then a film is made in such a way that after a while, you forget you’re watching a film (it feels more like a documentary). “PVT Chat” started to venture into this realm about a quarter of the way into the story.


Jack is the main character, an online blackjack player, who is barely getting by (eating ramen regularly), that seeks out cam girl companionship. 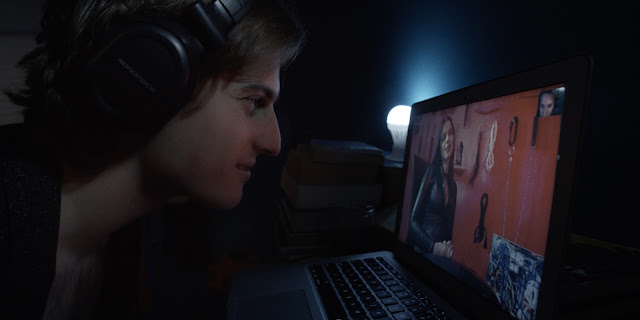 ((L-R] Peter Vack as Jack and Julia Fox as Scarlet in the thriller PVT CHAT, a Dark Star Pictures release. Photo courtesy of Dark Star Pictures.)
Jack lies to Scarlet about what he does for a living, what he has in the works, and how he lives. Further into the story, Jack becomes nearly obsessed with her. He thinks he spots her in a neighborhood convenience store in New York city where Jack resides, but she flat out denies it as she is based in San Francisco.


At one point, a friend of Jack’s says he sees Scarlet on the streets of New York, and the story goes on from there.


“PVT Chat” is an interesting film. Again, it got to a point early on that I thought I was watching a documentary more so than a feature film.