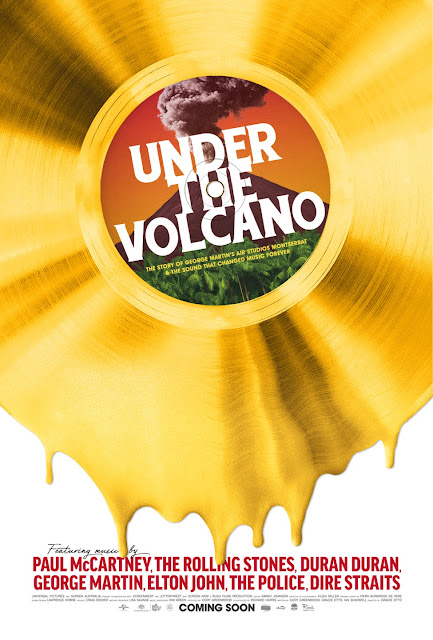 The new film “Under The Volcano” is a fascinating look at the recording studio Sir George Martin built in 1979 - AIR Studio Montserrat.


The tropical island setting of Montserrat provided a paradise of sorts for every musical artist that flew there to record their albums. From Sir Paul McCartney to The Rolling Stones to Elton John to many major 1980’s hit makers, the studio became a go to destination due to its track record and its location.


There are interviews with many of the major artists (Sting/Andy/Stuart from The Police, Mark Knopfler from Dire Straits just to name a few) but also the studio crew and other locals that worked there as well. The film does a really amazing job of telling the story of the studio, the artists, and the people of Montserrat.


It’s a shame that a hurricane in 1989 and eventually a volcano eruption in 1995 put an end to AIR Studios Montserrat. But for the time it existed, the studio was a goldmine for capturing some of music's future iconic recordings.


If you’re a music fan and you enjoy documentaries, the new film “Under The Volcano” will strike all the right chords.