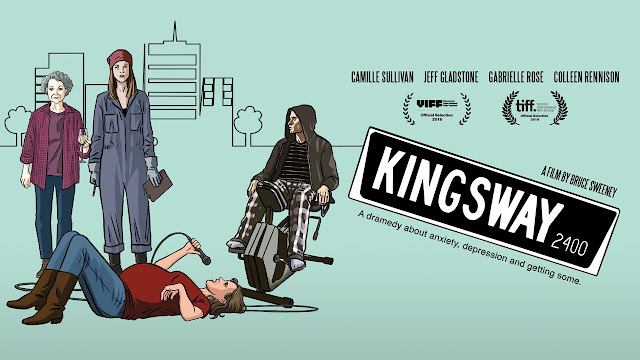 The new film “Kingsway” is a slice of life drama about a dysfunctional family that tackles the subjects of mental health, suicide ideation, and life.


The movie wastes no time dropping the viewer right into the world of the characters. Matt and Lori are a couple whose relationship is on the rocks. Matt’s sister Jess confronts Lori about her infidelity and things spiral out of control from there.


The tone of the film is not as heavy as one would think considering the subject matter. There is definitely a feeling of love and misunderstanding that creates a unique air of believability with the narrative.


Where the film really shines is the cast. There are absolutely no weak links with this cast. They play off of each other incredibly well, reminiscent of a play. I found myself engaged throughout the movie and wanted to see where things went with the story.


My only minor question is why was this film made? Again, don’t get me wrong. I enjoyed it and it’s very well done. But it left me wondering what the message was. It was like watching a family and their struggles without a distinct beginning or end. It’s a slice of life.