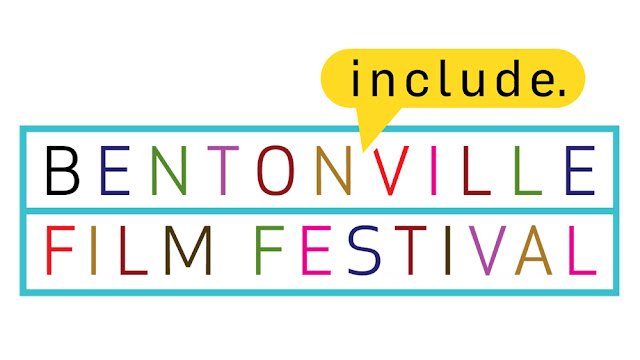 As soon as I read the intention behind the 7th Annual Bentonville Film Festival, I knew I wanted to participate. With a focus on women, BIPOC, and LGBTQIA+ creatives, it stands for everything Eclectic Arts also believes in.


Here in no particular order are the films I viewed and capsule reviews of each.


My first film of the festival was a fascinating documentary about an artist who, through a condition (a severe hip issue), turned his handicap into a social and artistic experiment. As a dancer, skateboarder, and performance artist, he noticed how people in society reacted to his crutches. Based on these reactions, he started to set up scenarios around town where he could film the genuine reactions to people watching him, for example, trying to reach for a bottle of water while on crutches. He wrote a theatre show that also explored the artistic expression of his life which was very intriguing.


I wasn’t sure if I wanted to view this documentary. The film explores Van Jones and his life in and out of politics. The criminal justice reform bill being the center of attention, it was interesting to see how Mr. Jones really couldn’t win. He was criticized by both sides of the issue as well as those in the African American community. The film was compelling and very well done. It goes to show that sometimes you have to do what you believe to be right, no matter how popular, or in this case, unpopular, it may be. Recommended.


The premise of this documentary sounded promising. A high school on the US/Mexico border that offers both classes and an after school program to train students to become border patrol (and similar) officers. Yes, high school students.


The individual stories of the teens were interesting at times but overall the film grew tiresome as it went on. I think if it had been edited down to less than an hour it would have made more of an impact.


This film was highly touted at the Tribeca Festival and rightfully so. It is a unique and compelling look at a college age competitive canoe rower that becomes obsessed with the sport and ultimately herself.


Without spoiling the plot, the performances and the whole approach to the film was absolutely stunning. I was not surprised in the least to hear this film was already picked up for distribution. Recommended.


This documentary follows the life of Ed Popil who had appeared on Ru Paul’s “Drag Race”. The ups and downs of fame and how fleeting it really is made for an above average film viewing. Ed came out in the end looking really good as a person with integrity and with a caring heart. Time well spent with this Queen.


This documentary was very well done as it focused on climate change and how it is affecting the youth of America (and the world). If you believe in science, then you’ll be glued to your screen as you watch a group of young adults take on the federal government. Recommended.


The plus of watching a shorts block is if a film isn’t resonating with you, you don’t have to wait long before the next short film starts. The con is that if you like the film, it will end sooner than you’d like. In the case of these short films, all, and I mean all, were jaw droppingly good.


I can’t really single out any of them because they truly were creative and unique in their own ways. But, having said that, I have to say, “I’m A Vampire” that rounded out this block of six short films was so creative, fun, and clever. This block was extremely well done. Recommended.


I watched a few of the shorts blocks out of order but man they did not disappoint. Usually there are a lot of good ones, a few great ones, and a few not so good ones. But Bentonville really found a great group of short films to present here. Amazing quality. I hope some of these titles move to feature length versions in the future.


I thoroughly enjoyed the 2021 Bentonville Film Festival. It was refreshing to see a body of films that really lived up to the intention behind them this year. Based on what I viewed, there are so many talented filmmakers out there and perhaps more importantly, unique stories and narratives that need to be told by the groups that lived them.
There were other quality films in the lineup such as "Catch The Fair One", "Beans", and others but I had reviewed them for other festivals thus their absence from my reviews here.

Thank you so much to the organization for allowing me to partake in the festival virtually. I hope to be involved next year in 2022!