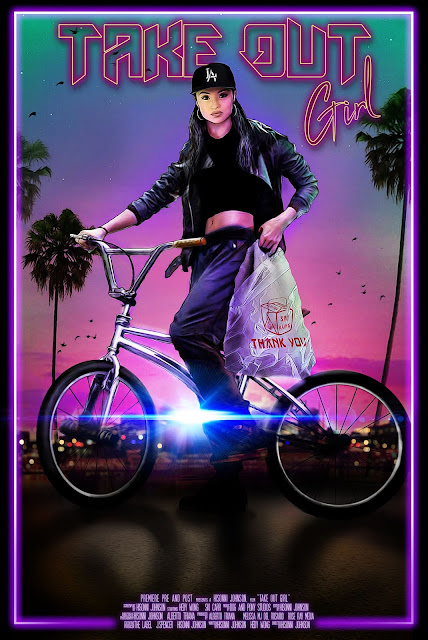 
The lead character Tera Wong (played by Hedy Wong) works for her family's restaurant delivering take out orders. She starts hustling by moving drug products via the food delivery system.


There is a sense of authenticity to the film which was refreshing to see. I chalk that up to the two co-writers tackling stereotypes that are pervasive in American film - particularly that of Asians and Asian Americans.

The narrative, while promising, started to fade just a bit for me further into the film. It’s one of those cases where perhaps more time and most likely more funding would have helped strengthen the vision of the creators.


“Take Out Girl” is a solid film that really gives a glimpse into the future of these bright new talents.